Chances are that you’ve seen it in your own neighborhood or heard about it from friends and family.

College students moving home as universities switched to remote classes. Gig and restaurant workers leaving city centers as lockdowns shuttered their employers. Folks afraid of catching Covid relocating out to the suburbs, where avoiding others is easier. Those are just three examples of one great migration that’s played out in America this year.

Far from being random, the patterns are clear in who’s moving where. Long after Covid goes away, the consequences for life in America will play out for years to come.

Americans Haven’t Moved This Much in Decades

According to the highly respected Pew Research Center, by June 22% of Americans either moved themselves because of Covid or knew someone who did. That’s more than one-fifth of the population!
In the post WW II decades, huge amounts of Americans moved in any given year. The job market was booming, housing was cheap, and people felt safe in moving to get a better job and life. 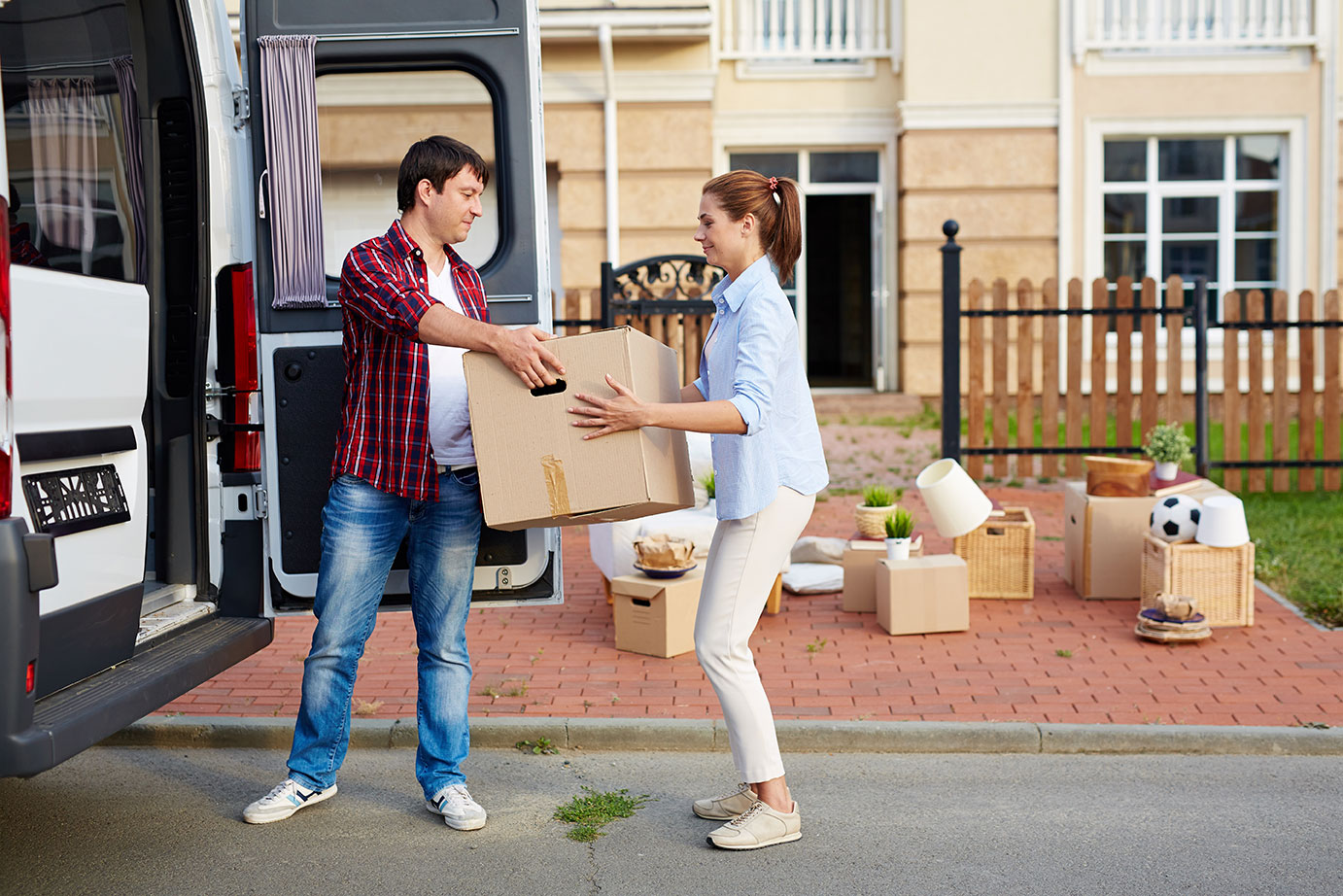 As late as 1985, 20% of Americans had changed their address in the previous year but by 2018, that number was down to just 10%. So this summer’s “Covid migration” is extraordinary in scale – and this year, the reasons people had for moving have been for very different reasons.

Maybe most importantly, 18-29-year olds made up more than half of the people who moved. That’s crucial, because once young people move to another place, they may well settle down there for the long haul and never come back. That’s going to have huge economic ripple effects both on where they moved to and where they came from.

Data from the U.S. Postal Service, gathered between February and July, shows that people mostly left big cities such as New York, Chicago, San Francisco, and so on. Manhattan alone lost over 110,000 residents over that period.

Meanwhile, the cities and towns that gained the most new residents are mid-sized towns on the outskirts of large metropolitan areas. Frisco, Texas, for example, is on the edge of the Dallas-Fort Worth metro area, and housing sales are through the roof. Greenwich, CT just reported the third quarter homes sales – they were the highest on record.

Now, while these changes are significant, it’s important not to blow things out of proportion. The vast majority of Americans haven’t moved, and many who did mostly planned to come back. According to the Pew data, only 3% of people actually moved in June because of Covid. The remaining 19% knew of someone who did. And the USPS’ data shows that applications for permanent address changes stayed flat this summer, while temporary address changes spiked.

Still, with the pandemic dragging on,

As you can imagine, this Covid migration has had and will continue to have huge effects on businesses. Life in Manhattan looks very different from life even just 50 miles north. Grocery stores are different, public transportation is harder to come by, and owning your house becomes more common than renting. This is creating a generational growth in demand for some products, and a drop for others.

With people moving out of cities, where they often rent, to the suburbs and country, where people often own their homes, the biggest direct winners are companies that build homes. You can see how many new house-construction starts have happened in last five years in the chart below. Homebuilders recovered very strongly after the initial Coronavirus dip:

As recently reported, the industry’s confidence going forward is at record levels and the main hurdles they face right now are the rising price of lumber and too few lots for building.

Most importantly, each of these six large homebuilders has outperformed the S&P 500. I see this trend continuing into the New Year and beyond putting homebuilders on my “buy on pullbacks” candidate list.

Of course, not everyone who moves builds a new house. Existing home sales have recovered and grown after the dip too as this chart from the Fed shows:

For the people who are buying existing houses and for all the people not moving anywhere, a few big box stores are winners: the large home improvement chains Home Depot Inc. (HD) and Lowe’s Cos. Inc. (LOW). Movers want to remodel their “new” homes and the stayers want to improve their home office where they have had to suddenly work all the time.

There’s a trend on the ground I’m seeing that neither HD and LOW can help with – tight lumber supplies. I have friends in construction who just can’t get enough building materials to keep projects on schedule. That’s why I think Trex, Co. (TREX) looks poised to outperform into the new year:

Last but not least, a key group of winners in the Covid migration are car makers and sellers. After all, the public transportation systems in cities like San Francisco and Chicago that makes getting around easy without a car. Not to mention Manhattan where cars are the least convenient and by far the slowest means of getting around.

So the folks moving out of the cities are needing to buy cars. Just go a few miles outside of any big American city and you’re in car country. Many young Americans may be buying their first car this year. Car companies such as Ford Motor Co. (F), General Motors Co. (GM), and Fiat Chrysler Automobiles NV (FCA) all stand to gain some from this great migration but they’re less of a focus here. They’ve all taken hits over the last two quarters thanks to lower demand from car rental companies – a big driver of sales volume. With the Covid migration, however, long-term demand will grow from consumers.

Of course, not everyone can afford a new car so used-car sales will boom – as they have since March. Here, companies such as CarMax Inc. (KMX) and Carvana Co. (CVNA) will benefit most. Carvana stock is already up seven times higher than its March lows as the online-only used-car company needed little adjusting to reassure buyers worried about Covid. I like putting some speculative cash here on deep dips in the volatile stock.

Two other suburbanization stocks worth noting are Lemonade, Inc (LMND) and Zillow Group (Z). Both are disrupters in their space – Z in real estate sales, and LMND in property insurance. Z has been on tear from its Covid lows and may be priced to perfection here at 5x its March lows. LMND has failed to gain much pricing traction from its summer IPO explosion and retreat. With 70% of their customer base in the key under-35 demographic, LMND makes for an interesting long-term speculative at the bottom of its price range in the ($45-$50 per share).

Whether you have migrated or not in the last six months, I’d love to hear your thoughts and feedback. Just send an email to drbarton “at” vantharp.com.