We were told in 1999, that “this time, it’s different”. We were told…the internet was changing everything. And we were told that valuing companies with no earnings and small or no revenues was going to last forever.

That madness of crowd’s mindset drove a whole index up 10x in a few short years: 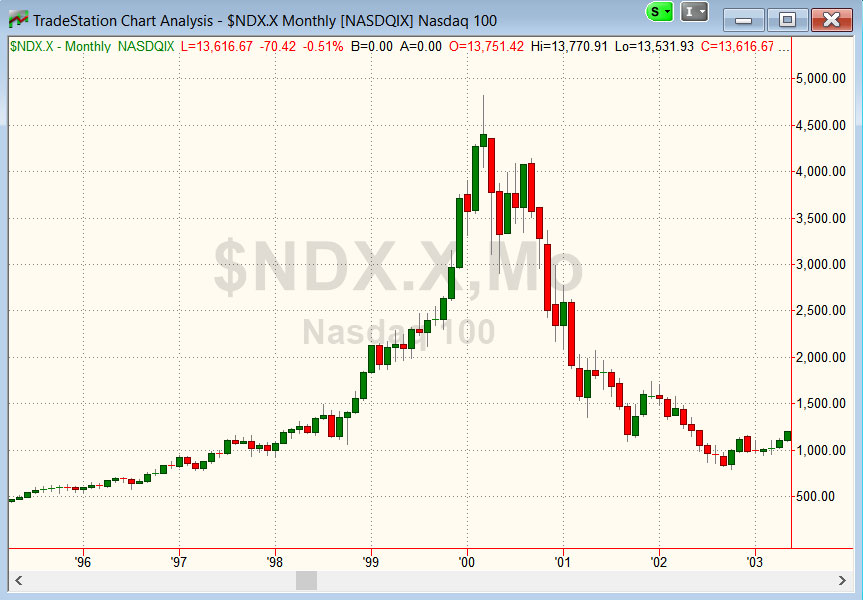 And then it came back down to earth.

For anyone who’s been trading or investing, you know that wasn’t the end of the story — the NASDAQ has been a pretty good (!) place to invest the last few years. But even the NASDAQ has had its manias.

From 2005-2007, everyone knew that real estate prices could only go up (the debt rating firm, Moody’s, famously had a real estate model that could even accept negative growth numbers as an input!). Everyone could get a mortgage leveraged 10:1 and even 20:1. Places like Las Vegas had real estate markets gone wild:

No, it wasn’t different that time, either. Not even with hard assets underlying the play.

We’ve had manias and bubbles in silver (2011), in pot stocks (2018 – and TLRY and others are at it again!), and in all manner of assets. It wasn’t different any of those times either.

As I’ve said before in other articles, while nature abhors a vacuum, the markets abhor a parabola.

The Reddit Raiders thought they had the game figured out as well — that this time it would be different. The democratization of stock buying and ganging up to stick it to the evil hedge funds would be different this time. And it was — for a few days.

We’ll look at some of that action below, and what I think of the fallout of this volume and volatility burst, but first, let’s revisit that earworm of a saying about nature and vacuums.

Aristotle is traditionally credited with the concepts behind the familiar idiom “nature abhors a vacuum”. It’s just a way of saying that when something is moved out of a space, something else will move in. Or there is no true empty space.

Great minds debated this concept through the centuries. Galileo, Blaise Pascal, Thomas Hobbes, Robert Boyle and even calculus co-inventors Sir Isaac Newton and Gottfried Leibniz got in on the act.

Modern science has answered this question with a few equivocations. From a quantum perspective there is no true empty space (it would still be filled with quantum fields) but there are a good deal of mostly empty spaces and partial vacuums.

The markets, like nature, find a few things abhorrent. Chief among these is the parabola.

A parabola is, at its essence, an exponential function. Galileo in his final work Discourses on Two New Sciences (from 1638) proved that the trajectory of a projectile traveling through a nonresisting medium is a parabola. Like a cannon ball dropping back to the ground, trading patterns that look like parabolas inevitably come back to earth as well.

You may remember from last autumn that another stock with a small number of outstanding shares had an unsustainable run: 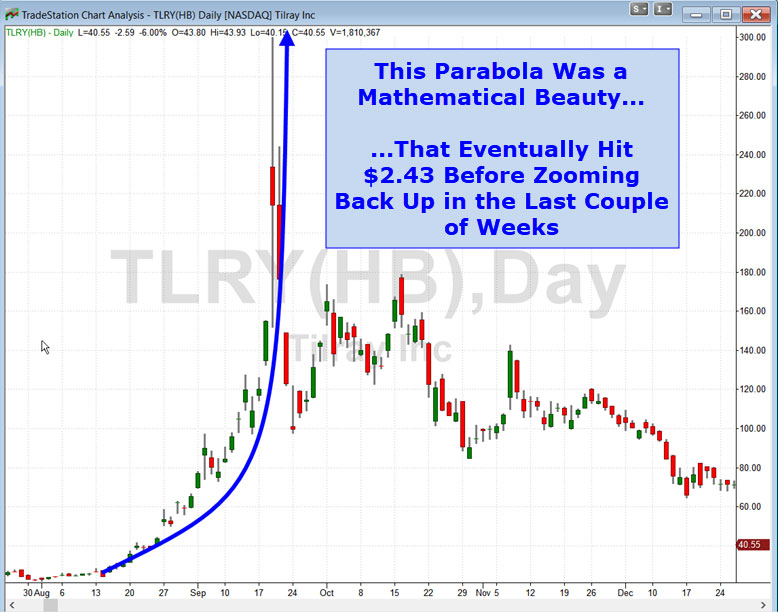 Tilray (TLRY) is a cannabis stock that got some positive news and because of that, and the fact that it only has five million shares of stock being traded (called the float), it got pushed too far, too fast in an unsustainable melt up. Like one of Galileo’s cannon balls, it has fallen back to earth and is currently trading at $53 after dropping as low as $2.43 in March.

Here’s an easily remembered chart of Shake Shack (SHAK) not too long after its IPO:

SHAK’s price was cut in half in less than two months.

That brings us to GameStop and its close cousins. Next article I’ll dig into the market and socio-economic impact I see coming from the short-squeezing Reddit Raiders.

But for today, other than the speed it took to happen, you can see that the traders who made and lost fortunes are no different than any popular delusion that came before: 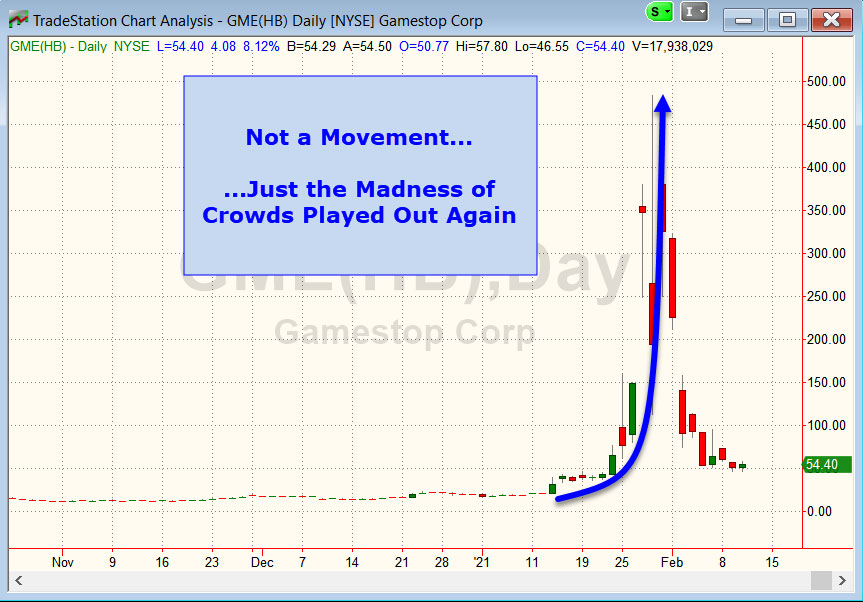 Next week we’ll dig into some of the other aspects of these high volatility and high volume moves including who is really winning (and losing) from these moves.

In the meantime, check out Van and Chuck Whitman’s great webinar explaining some of the underlying reasons that the combination of massive buying volume, a short squeeze and huge call option volume combined to create this perfect rocket-ride inducing storm.

I always enjoy hearing your thoughts and comments. I’d especially like to hear your take on the $GME-style mania. Is it democratization of stocks? Market manipulation that needs to be regulated? Stickin’ it to the hedge funds? Something else entirely? Please send me your thoughts using drbarton “at” vantharp.com