Darwin’s law of evolution crystalizes the importance of learning how to adapt to a changing environment. History teaches us that even the very best winning performance streaks and most sophisticated trading systems eventually face a cycle of market headwinds.

2022 is a case in point, after a record bout of volatility, with the S&P500 triggering its largest peak-trough drawdown since the financial crisis of 2008. This served as a bellwether warning of change in market regime, characterized by VUCA times (Volatility, Uncertainty, Complexity & Ambiguity)—periods marked by elevated volatility, coupled with heightened macro and event risk.

This created a bull-quiet market regime, with low volatility of less than a 5% drawdown on the S&P500, for more than a year! “Buy on the dip” became the infallible mantra, alongside passive investing, driven by a new era of speculative “rock-n-roll” investing opportunities such as tech, MEME stocks and crypto. 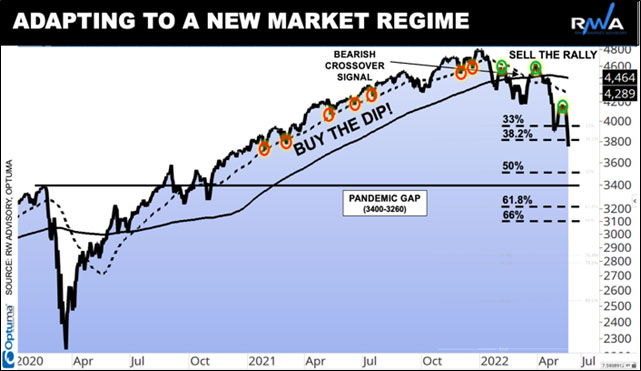 Fast-forward to the current market regime of bear-volatile and everything changes. Your response-ability is key to succeeding and often requires downloading a new mental map as well as modeling best practices. Scenario Planning for Trading is at the heart of this evolution, often harnessing the crisis-opportunity. It teaches you the importance of preparation vs. prediction to significantly enhance your trading approach, whether macro, fundamental and/or technical.

Many of you would have already experienced the peripheral benefits of the early-stages scenario planning. For example, the consideration of risk-reward, thoughtful “what if?” questions and multiple scenario assessments; traditionally framed as “base, best & risk” case scenarios. This encourages a strategic, lateral mind, empowered by heightened response-ability. Akin to dogfights and speed learning found in high-performance disciplines such as a military fighter pilot. Faster responders tend to win dogfights, while those with slower ones get more parachute practice!

Another key insight is the “Map is not the territory” as cited by independent scholar, Alfred Korzybski. This school of thought, popular at VTI, is often illustrated by a group of blind men exploring the sum of all the parts of an elephant. Each one believes they have discovered their own perception of truth. Each thinks they have found either a snake, wall or rope, which in reality serves as the elephant’s trunk, body and tail! This is a useful metaphor for both life and markets. There are no certainties, only probabilities. 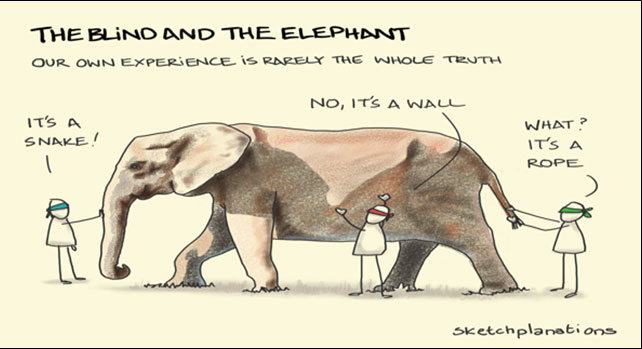 A large part of scenario planning is discussion, challenging and sharing different perspectives. A diverse group avoids inertia and biases and improves our preparedness to multiple knowns and uncertain futures.

One recommended scenario planning framework, highlighted in our recent webinar, is based on a four-stage process.

It should focus on both your outlook and market strategy. This is a powerful overlay to your existing macro, fundamental or/and technical analysis.