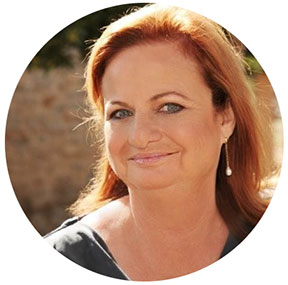 I was asked to say a few words about my memories of Van Tharp but this may be more than a few words since I have known him for more than three decades. This means I have known Van for half of my life. During that time, Van has been my teacher, a mentor and a friend.

Like most people, I met Van through his work and my interest in trading. I started with the Peak Performance Home Study Course after I listened to one of his lectures at the Futures Symposium in 1986. I worked my way through the five Peak Performance books and ignored the material that might have the most influence in changing my non-productive behaviors. I didn’t ignore these tools intentionally and didn’t even realize that I had done so until I took the Peak Performance 101 Workshop in the early 1990s.

Peak Performance 101 literally changed my life for the better. I was now a single parent and sole provider for my three sons. No, I wasn’t using the tools I’d learned for trading but I was using them to grow my career in finance. I particularly used the tools to manage my mental state as my career took off and my jobs came with higher and higher levels of stress. I remember using the mental rehearsal and state control tools when I would have to appear before City Council to give presentations, knowing that I could be on the front page of a major metropolitan newspaper the next day if the issue was not handled smoothly.

I had learned from Van to take responsibility for creating the life that I wanted to live. I literally used the twelve tasks of trading to take control of my life. These tasks included assessing my mental state and correcting it if needed, critiquing and improving my performance, accepting the results that I was achieving and planning for the results I wanted. One of the most important tools I learned was Gratitude for what was happening in my life. It is easy to express gratitude for the things that we label as “good” but much harder to be grateful for the things we view as problems. However, the problems are frequently the doorway to a much-improved life. So, I learned to accept and love “what is”, expressing gratitude for ALL of my life.

Later, I attended the first Infinite Wealth course that Van presented with Robert Kiyosaki. For me, it was another paradigm-changing experience. Fifteen years later, when I was going through the Super Trade Program, I took the latest version of the Infinite Wealth class that Van had perfected. I realized that the concepts I learned in that earlier course and applied in my life, had led to my financial freedom. At the time of the first class, the hardest one for me to get was that “my house was not an asset but a liability” because I had a monthly mortgage to pay. Yes, I had continued to work as an employee but at the same time, I developed a few streams of passive income as well as continuing to learn to trade. This allowed me to be able to retire after my youngest son graduated from college. I didn’t choose to retire but instead, I moved into higher-paying and riskier positions as I wanted to build a nest egg. This would allow me to have my money earn for me and would support a better, more desirable lifestyle in retirement.

Later, after retiring from a company that I had helped build first as CFO and later as President, I finally had time to join the Super Trader Program—a long-term goal of mine. This brought even more growth as I worked through the many lessons. Some of the tools that I learned would have been valuable to me earlier in life and led to greater success, but I was glad to learn them even though many of these tools were not fun to apply at first.

The tools I am speaking of were looking at my beliefs and realizing that none of them are totally true. The most important lesson was to realize that although the belief is never completely true, it can be useful. Many of my beliefs were not very useful and not supportive of me having a fabulous life. The good news is that once you become aware of them you can change them to become very supportive of the lifestyle you wish to lead.

In short, Van had a huge influence on me and my life. The application of Van’s concepts of personal responsibility for creating and managing your life have been responsible for much of my success. I am sad that Van is no longer with us to develop new concepts and programs to teach them. We are very lucky that Van used the pandemic to move all of his classes into the streaming format. This means that his teachings are preserved for future students of the Van Tharp Institute. Currently, I am assisting VTI as a coach for Super Traders in the Foundation and Awakening programs. I really enjoy assisting the Super Traders grow and transform as they learn the same tools that I have used to achieve a life well-lived.