Most forms of psychotherapy assume we have a multitude of internal parts operating on a subconscious level. For example, Freud’s theory of personality assumed that we each have Id, Ego, and Superego—parts that certainly could be in conflict. Transactional Analysis assumes we have a parent, child, and adult part. I could go on listing theories all the way to Psychosynthesis, which assumes that we are all composed of thousands of parts and the primary job of therapy is to get the parts to work together as a unit.

Who knows whether or not people are made up of “parts”? I certainly don’t! But at the same time, it appears to be a useful fiction to assume that we are. For example, you might have a trader part, a parent part, a fun-loving part, etc.

It is useful to assume that core behavioral problems often come from conflicting parts or from parts acting on their own without understanding the whole picture. Each part has a positive intention for you, or you would not have created it in the first place, even parts that now cause negative side-effects (such as trading for excitement and not following your system). As a result, you can use some standard negotiation techniques to get the parts to work together. 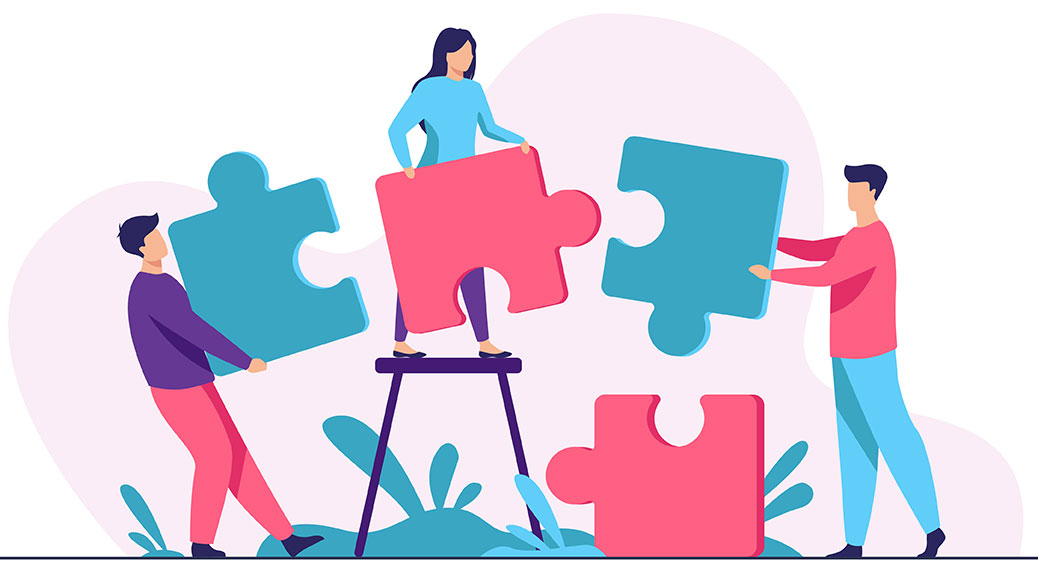 Today I will provide you with some introductory information about what your parts may be, their positive intentions, and how you can get to know them better. In particular, I want to explore the intentions of parts that might seem to lower your self-esteem by producing fear, anger, depression, or feelings of worthlessness.

The Peak Performance Home Study Course has exercises meant for individual work in parts negotiation. But in our Peak Performance 101 Workshop, we expand on this work by incorporating exercises on an experiential level. This experiential work can only be fully practiced in an interactive environment, such as a workshop, where a student and teacher work on individual situations. But you can do the first step in the process now. This is the first step our workshop students take. We ask people to do an exercise to determine what parts are in their heads.

The exercise below is called a “Parts Party.” I recommend you do this exercise about half an hour before you go to sleep, while you are in bed.

First, since everyone reading this is a trader or wants to be a trader, assume you have a trading part. Bring up that trading part and ask him/her/it the following questions:

1) What are you trying to do for me? What is your positive intention for me?

2) Who are you in conflict with? What other parts give you the most trouble in your trading?

3) How does this part represent itself? If it is an image, what does it look like and how would someone else recognize it if it walked into the room? If it is a voice, whose voice is it? If it is a feeling, then describe the feeling. How heavy is it? How big is it? And so on.

Ask all your parts to come forward and let them know you are just giving them a chance to show up and play. But whenever you become aware of a new part, ask it the same questions.

In the workshop, after students have done the exercise, we ask each participant about their parts. Often the discussion helps others discover additional parts that might not have shown up at the party. Here are some typical responses:

Spend some time thinking about your parts. It’s ok if you don’t completely grasp this concept. As I mentioned, this is a very interactive exercise in the workshop as well as core material from the Peak Performance Home Study Course. If you begin to think about this concept and what your many parts may be, I believe it will be a very positive and useful exercise in self-understanding and moving closer to peak performance in trading or other aspects of your daily life.

Next, we’ll look at how to deal with conflicting parts.

What to Do with Conflicting Parts – One Student’s Experience

Now that we’ve identified the presence of certain conflicting parts, what do you do about them? The exercises for resolving conflict are given in Volume 3 of the Peak Performance Home Study Course, but I thought I would share another example of the value of such negotiations. The following example comes from one of my clients whose name has been changed to provide anonymity.

Henry had made great progress in his trading, but he was convinced there was a part of him sabotaging his trading. He just didn’t know who it was. However, he had given me several clues. First of all, he said that his father was an alcoholic who had left the family when he was an adolescent. Part of the progress Henry made had come from forgiving his father. Nevertheless, Henry was convinced there was a self-sabotaging part. For example, he said that sometimes he would avoid taking system trades and at other times he would take trades that were not part of his system—yet when he did so, he knew he would probably lose.

I asked him to do the parts party. He said that when he tried to bring up his parts, the first one to come up was a blank slate. He said he couldn’t get much information out of the slate; it was just there, and it seemed to demand to be there. And since he couldn’t get any information out of the slate, he just stopped looking for the self-sabotaging part.

Here’s how the exercise progressed: 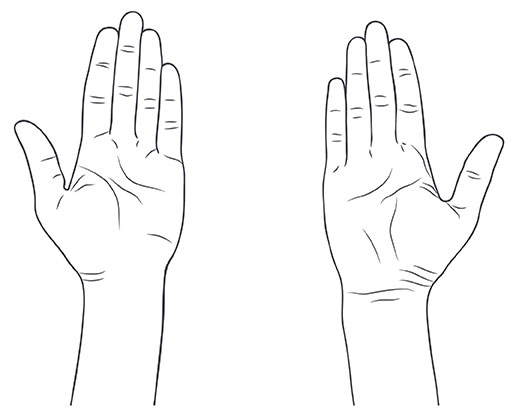 What happened was a swashbuckler (a character typically known to engage in daring behavior or adventure) first appeared in his right hand and his father appeared in his left hand. The swashbuckler was clearly the trader, but when I asked him what he was trying to do for Henry he responded, “Provide excitement.”

Henry: [The other part is] my father. When he was intoxicated in public, people we knew, successful people, would laugh at him. I guess this part of me is just trying to prevent me from being like those successful people who laughed at him. Actually, when I think about it, my father and the swashbuckler have been working together. My father tells him how to trade and the trader (swashbuckler) is just doing it.

Henry: He’s been my organizer part. He’s like a bulletin board that I organized all my engineering projects upon. And now that I’m asking him, I’m sure he was responsible for my past successes as an engineer.

Tharp: Now, negotiate between the blank slate and the trader. Would the swashbuckler be willing to give up trading if he could find more satisfactory ways of obtaining excitement that the other parts will support? And under those conditions, will the blank slate be willing to take over the trading role and provide his high level of organization?

Henry (after thinking for a few minutes): The swashbuckler has already come up with a number of ways to get excitement that the other parts can support. And since the other parts support him, in fact applaud him, he is quite willing to give up trading to the blank slate. And the blank slate is willing to take over the trading role. He says he was just waiting until he was told to do so.

Tharp: How do the other parts feel about that?

Henry: The father part objects because he’s afraid that I’ll become like those people who laughed at him.

Henry: Wow, the other parts are really excited about that! And so is the father part.

Tharp: Good, and the father part could also look for new ways to celebrate your father.

Henry: Yes, he feels really good about that!

Tharp: And how do all the parts feel now?

Henry: Excellent! I’m sure this will work.

Quite often a trader will come upon a part, such as the father part sabotaging Henry’s trading in the previous example, that they cannot imagine as having a positive intention for themselves. In the example given, my client had already done a lot of work forgiving his father for leaving the family when he was young, or he would have also had a hard time dealing with this part. As a result, I want to re-emphasize that you created all of your parts. You would not have created any parts had you not had a positive intention for doing so at the time. In the example, the mental image of the father was part of who this person was, and his job was protecting his image. Many people have parts representing people in their past that they have trouble forgiving. Remember that this particular part of you is not that person. It is your internal representation of that person. 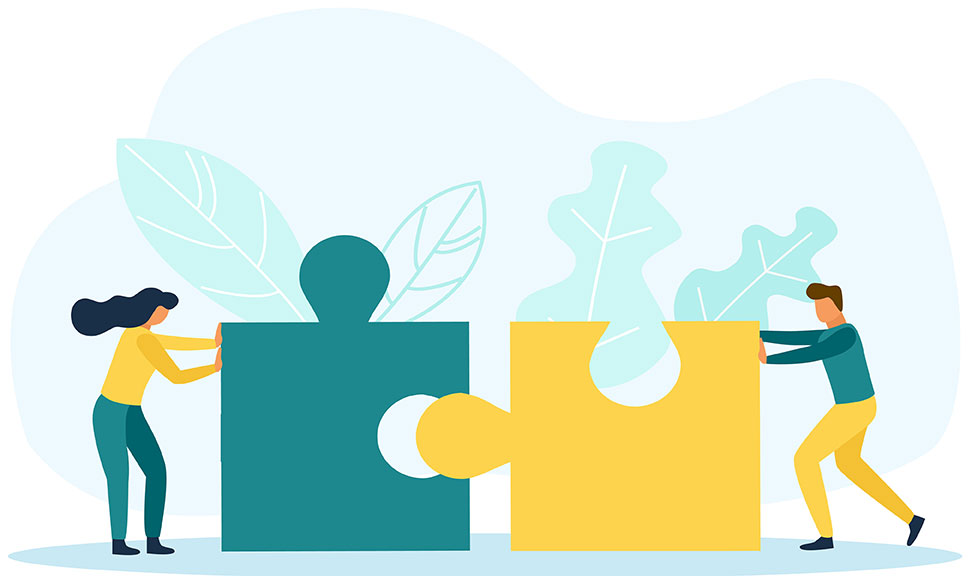 Certain parts have a strong influence on a person’s self-esteem. These self-esteem parts—such as those that represent people you have trouble forgiving—are very hard to deal with by yourself. Most of these parts block your true perception of who you are by providing you with a lot of fear and anger. Yet even these parts have positive intentions.

As I indicated at the beginning of this article, it doesn’t matter if the theory of “parts” is true or not. What is important is that using this idea is USEFUL. By identifying these parts, you can achieve a better understanding of your trading performance and yourself.