In this 2-part article, we will continue to explore common beliefs about money and wealth. To the extent you are attached to these beliefs, you are trapped in your current situation. These beliefs, however, are just mental maps or paradigms — paradigms that you can change.

Today I will share five paradigm shifts related to trading success and techniques you can implement to make your own shifts — in any area of your life.

1) Trading success has very little to do with what’s outside of you such as what the market does. Instead, you must determine who you are and what your objectives are. Once you have done that, you can design a well-performing trading system that fits you.

Most people believe that trading success has to do with the markets, indicators, analysis, or finding some magical edge that will help them perform slightly better than their competitors. This is totally wrong! Instead, trading success is an inner search. Success in the markets has to do with finding yourself. Who are you and whom do you choose to be? When you’ve answered those questions, you can then decide how to express the new you through the markets. This decision, however, is a major one. Most people give it no credence, even when they are aware of it. This is the first step and without it, you cannot climb the ladder of trading success. It supports everything else. 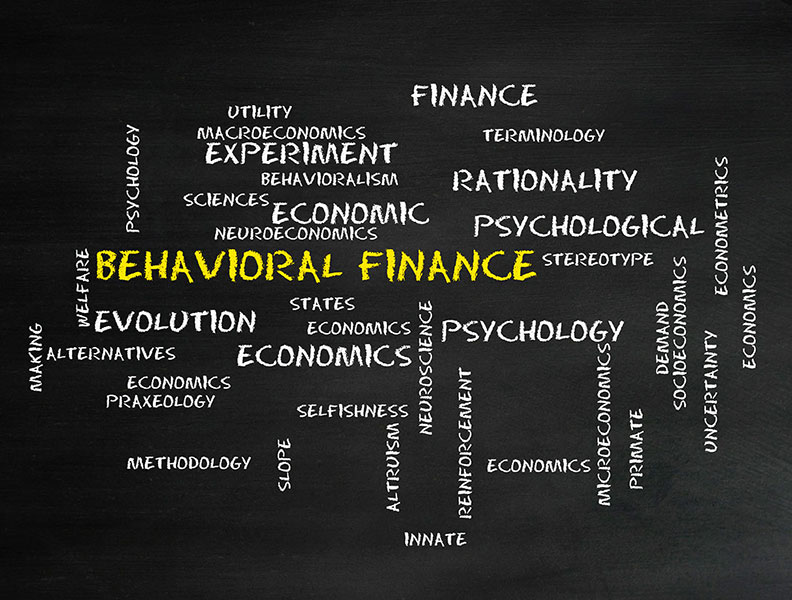 2) There is no Holy Grail in the markets (outside of you). But there is a Holy Grail — it is inside of you. When you understand this, you can do much more than outperform the majority of market players. You can achieve levels of performance that others might think is impossible.

Academic psychology is full of people who study the shortfalls of average traders and these academics have done marvelous research. Perhaps by studying human frailties, economists have come to believe they can predict how the markets will perform because they are not efficient. Thus, the field of behavioral finance was born.

I consider myself to be a student of behavioral finance also but I believe I am one of the few people who helps traders really apply it. Applying the concepts behind behavioral finance doesn’t mean predicting inefficiencies in the market, however, it means working on yourself to make sure those inefficiencies have no effect on your trading. For people who are focused primarily on the “outside” (what the markets are doing), this shift can prove to be too much and difficult to master. When I talk about traders being able to make consistent 50-100% returns (or more) with little risk, people who believe “It is all outside of us” see those kinds of returns as being impossible.

3) You don’t have to predict the market to make money. Instead, making money comes from your exits.

This idea can stimulate an argument in many of my students — even those who have read Trade Your Way to Financial-Freedom several times and think they understand it. The golden rule of trading is “Let your profits run and cut your losses short.” What does that have to do with prediction? Absolutely nothing. Instead, it has everything to do with getting out of the markets using a systematic plan. Enough said!

The next paradigm shift is simply an elaboration of the third.

4) You don’t have to be right to make money. Instead, you must understand R-multiples, expectancy, and opportunity.

Suppose you enter a rising stock but get stopped out at your -1R point, say $1 below your entry price. You’ve lost a dollar per share or -1R. Suppose this happens five more times. Now you’ve had six -1R losses. On the seventh trade, the stock takes off and you ride it for a $30 gain. That’s a +30R profit. You had seven trades, six -1R losses, and one +30R profit for a net gain of +24R. Let’s say that your transaction costs amount to 0.5R per trade so for the seven trades, we must subtract another 3.5R. Even now, you still have a total profit of +20.5R. If that’s your average for every seven trades, how much would you make if you placed 21 trades each month? You’d have a profit of +61.5R for the month — even though you were “right” on about only 14% of your trades.

If you have not made this paradigm shift yet, you’ll probably find all sorts of reasons to refute the logic of this example. I’ve heard them all. They all come from people who had trouble with the paradigm shift and needed to defend their position.

5) Making big money does not come from the factors where most investors and traders focus their attention. Instead, large returns come from designing and using a position sizing strategy that meets your objectives.

Let’s use the results from the example in the previous point. Suppose you risked 0.5% of your equity on every trade. After six losses in a row, your equity would be down about 3%. After your +30R win, however, your equity would be up about 12%. Further, if you made 21 trades per month with those kinds of results, (even assuming huge transaction costs of 0.5R or 0.5% of your portfolio per trade), you’d be up over 30% in a single month.

If you could do that for say nine months in a year with small drawdowns in the other three months, your equity would be up hundreds of percent for the year. Now, do you understand how some of our day trading clients can make those kinds of returns?

Let’s assume for a moment, however, that getting three +30R trades a month is improbable — but that averaging three +15R trades every month could be realistic. Eighteen -1R trades and three +15R trades would still give you a net profit of +27R per month. That scenario makes you a 13.5% return a month risking 0.5% of your equity per trade. Let’s add in the previously mentioned, unrealistically high transaction costs. You would net a return of +16.5R per month — or 99% on the year. Again, you make that kind of money being right only 14% of the time and risking no more than 0.5% of your equity per trade.

If you haven’t made this final paradigm shift, you’ll find lots of flaws and you’ll also find logic to support your position. That’s okay — it doesn’t bother the people who regularly make big profits while giving up the need to be “right”. 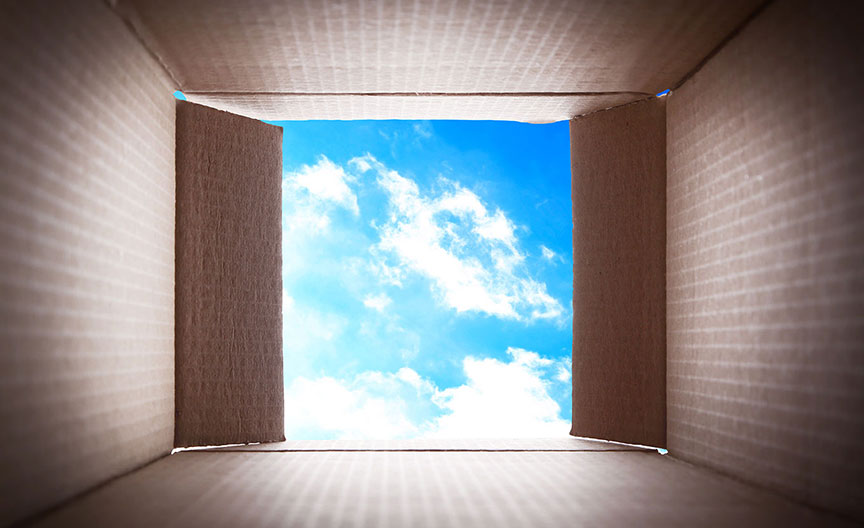 One of the greatest skills I can give you is the ability to make your own paradigm shifts — to look at the box you’ve put yourself in by your thinking. Once you have done that, then you can step out. For those of you who would like maximum benefit and are really willing to “go for the moon,” here is a five-step program for creating your own paradigm shifts.

Step 1: Examine who you are and what you are doing from multiple perspectives.

NLP (Neuro-Linguistic Programming) suggests that there are at least three perspectives of every event:

A simple way you might work on this shift would be to take the perspective of an outside observer and just replay each day, at the end of the day, from the outsider’s perspective. If you were to continually observe yourself from perspectives two and three, amazing changes will occur in you and you will be able to jump out of your box very soon.

Most people tend to spend their lives rejecting beliefs on the outside circle. There is even a journal called The Informed Skeptic which devotes itself to debunking fringe beliefs. While I’m all in favor of questioning fringe beliefs, I think the most limiting and damaging beliefs are probably in the inner circle—those we know to be true. Many people look for supporting evidence in an effort to defend these beliefs. Spend time questioning these beliefs and you’ll begin to make major paradigm shifts. In fact, try questioning one or two of your major assumptions about life that you know are true. About what are you absolutely certain? What would life be like if the assumptions underlying that belief were not true? Questioning of this sort will be most profitable and evolutionary for most people.

What you see “out there” really reflects what is going on inside of you. This belief has deep psychological underpinnings and it is true for me, however, for most people, it is on the “fringe”. If you operate as if the world is a mirror to your own mind, then you will really begin to find the boxes you have put yourself in. Once you are able to identify a box you are in, it is a simple step to get out of the box and make a paradigm shift.

Step 4: Keep a daily journal of your emotions and experiences.

One of the best ways to observe yourself is to look at the way you were at some prior point in time and compare that version of yourself with another version. By writing in and reading your journal on a regular basis, you will help yourself identify paradigms, observe them, and then be able to step out of them.

Step 5: Meditate regularly. Meditation is all about listening. 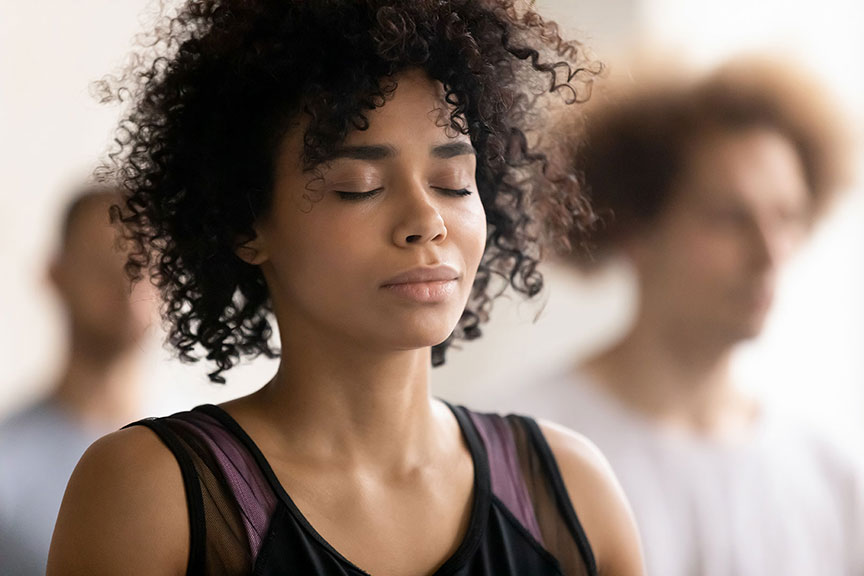 Listening provides you with intuition and immense guidance. As a result, twenty minutes of quiet meditation is probably the best thing you can do for yourself. For a simple way to meditate, just pay attention to your breathing for twenty minutes. Think of breathing in as “inspiration” – for it very well may be that. As thoughts come to you, simply notice them and let them go. If you notice you have become stuck in your thoughts, just let them go and return to watching your breath.

These five steps should help you to make immense paradigm shifts on a regular basis. Plan to do them for the next 30 days and let us know your results.

Without the proper mindset, the best financial strategies in the world are worthless. In the upcoming Infinite Wealth Workshop, we focus on understanding the wealth mindset and working on your inner self — being wealthy inside first so that then you can effectively use financial strategies that fit you to achieve infinite wealth.