I don’t know if the Democrats are going to pass any kind of infrastructure bill in 2021 or not. Between progressives who want everything, big taxes on the rich needed to pay for it all, Senator Manchin trying to satisfy a very conservative constituency, and a 50-50 split in the Senate, nothing really gets accomplished. Perhaps some of it will go through next year. I owe more taxes on my 2021 income than I can recall paying in total any year of my life, however, so I’m glad there will be no tax surcharge for me this year. 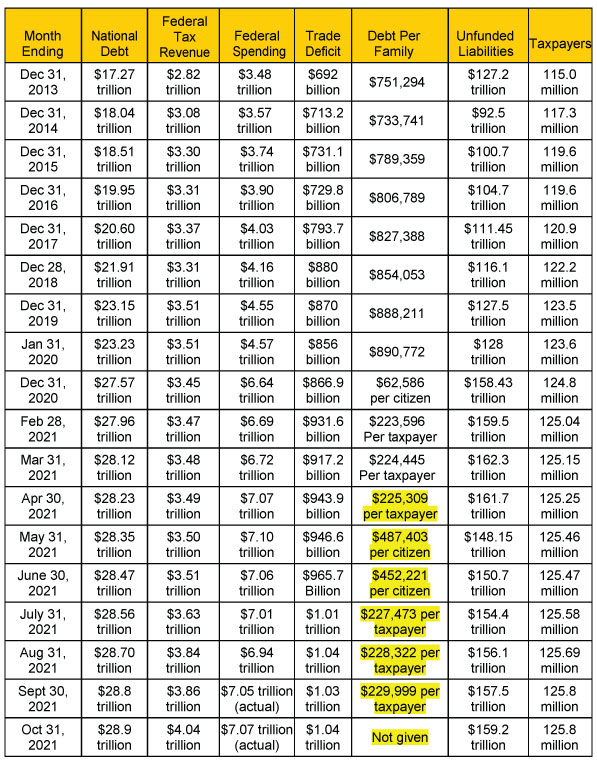 The numbers are so large and the trends are so persistent that it takes some effort to focus on what they say beyond, “our debt is huge.” 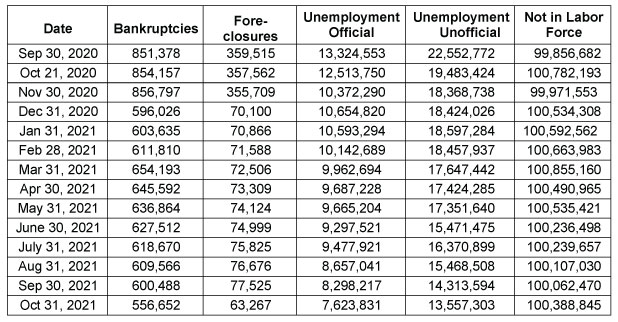 The second table tracks money supply figures, credit card debt, and the number of millionaires. The US has almost a half-million more millionaires than we did last year at this time. 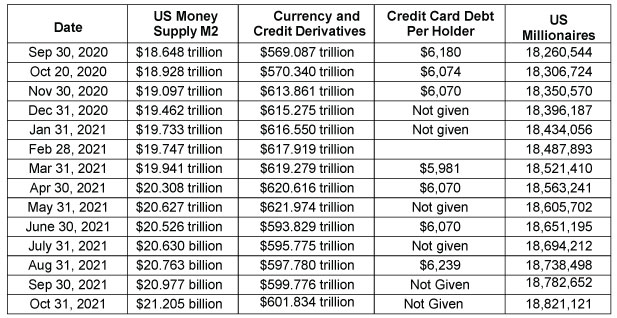 We monitor the Market SQN for timeframes from 5 weekly bars to 40 weekly bars. Looking at the S&P chart just below, it’s not hard to tell which market type dominates all four time periods.

The S&P 500 weekly price bars go from the lower left to the upper right with only two slight drops in the entire chart.

For the same time period as the chart above, the chart below graphs the Market SQN score which was in Bull and Strong Bull mode for almost the entire last year, with the exception of a few days last month.

The final chart shows volatility for the last twelve months using the ATR%. After months in the quiet zone, volatility rose to the normal range in October. It headed down in the last two weeks toward quiet – which is almost where we are again.

October’s weekly changes for the four major stock indices and recent annual closing prices are in the table below. All four indices are up between 16% and 23% for the year. Hopefully, your performance is also at least in the 15%-20% gain range for the year. 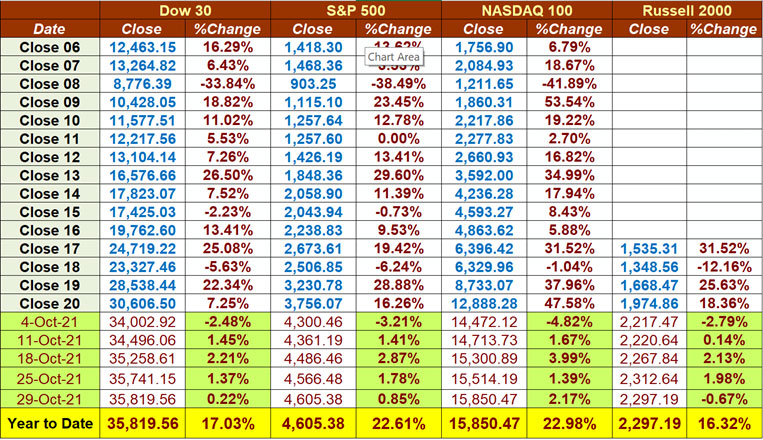 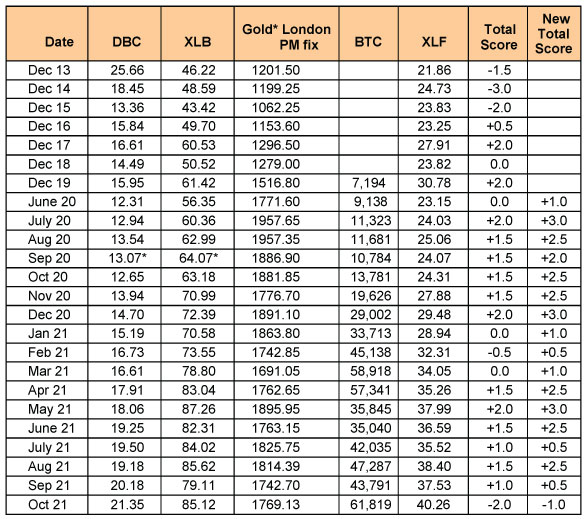 Our model makes inflation look like it is turning upside down into deflation but I don’t believe that at all. Perhaps gold and commodities are no longer good inflation hedges while BTC has become a better hedge against it. Anyway, the model now shows October was a deflationary month.

USD has been going up slowly since the end of May and opened November 2nd at $94.09 which is just slightly below October’s open. The dollar appears to be improving its relative value compared with other currencies though that might mean that traders have factored more rising inflation for other currencies.

The US Dollar is the base currency for most of this newsletter’s readers and a weaker dollar may show up in the coming months and years because of the lag effects of monetary and fiscal policies. Congress, Biden, and the Fed have increased spending dramatically to date while Congress tries to figure out ways to spend a few more trillion dollars. What are you going to do to protect your net worth if inflation continues, or even accelerates, and the dollar declines?

We have a slightly strong market and a relatively strong dollar compared to other currencies.

Democrats cannot agree on anything within their own party or with Republicans.

I seriously doubt that another stimulus package will be passed in the last two months of the year but if one were to pass, that might mean a continuation of the policies which have done well for the stock market.