So despite a vote for impeachment hearings and newsletter warnings about a new bear starting, the market is in new all-time high territory. And the volatility is almost in the Quiet range so there isn’t too much to worry about in the short term.

The S&P 500 hit another new high on Friday, November 1 but at the close on Thursday, October 31, our Market SQN calculated a Neutral market type – just below the threshold for Bull. I didn’t think that was possible but I guess it is. A Bull market requires a Market SQN score of .7 or higher and while the market hit some new all-time highs in late October, the Market SQN score was slightly less than 0.7 for the October 31 close. The Market SQN® score was bullish for 9 of the last 13 days in October. 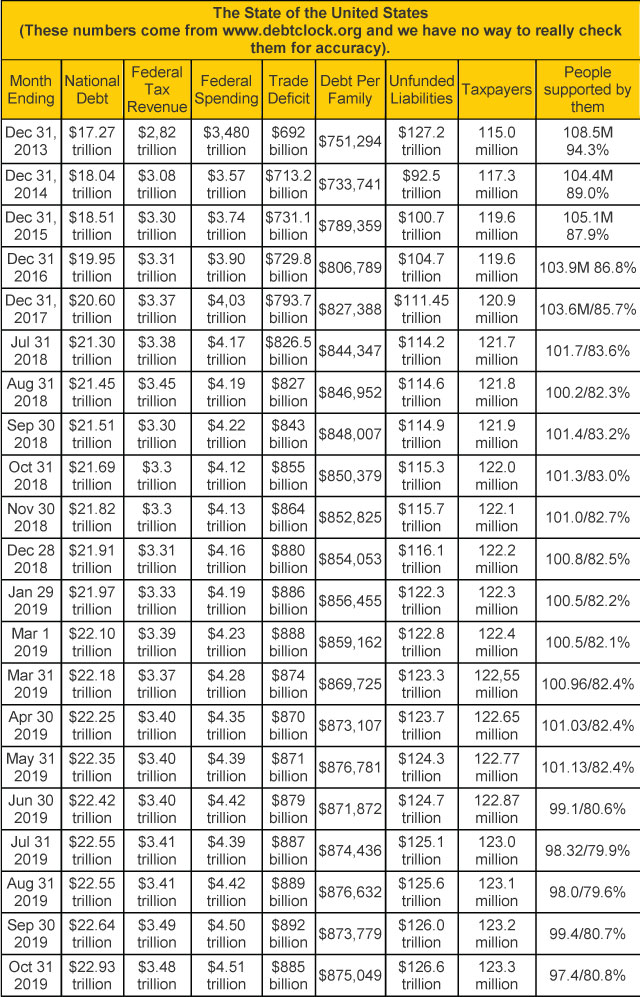 Notice that the federal debt increased by over $1 trillion since the beginning of this year. I thought the end of the world was coming when our total official debt hit one trillion after taking years and years to get there. Now we get a trillion dollar increase in debt in less than a year.

You really should look at the US Debt Clock website periodically (www.usdebtclock.com). They started showing a lot of new statistics recently and then they just changed the site again. You can see a copy of the screener as of Oct 31st below — 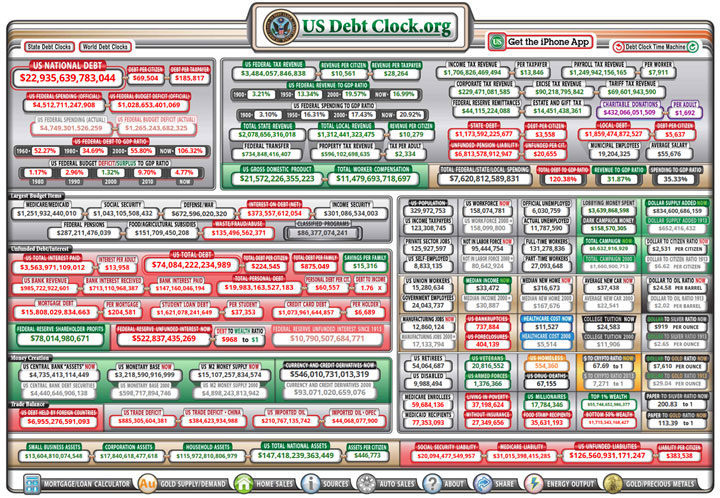 If you have an iPhone, you can now download the US debt clock app. The table has changed enough in the last few months that at least some of the things we were following are no longer listed in the table.

Remember, those with money who are in power, make the rules. Their goal is to make sure they stay in power and don’t turn it over to new wealth.

Let’s take a look at the weekly bar chart below for the S&P 500. You can see that with the last two weekly bars, we have been starting to make new all-time highs. Because of the big consolidation over the last five months, however, our market type is just Neutral.

I monitor timeframes for the Market SQN from 5 weekly bars to 40 weekly bars. Look at the price chart pattern and you can probably tell the direction for each of the periods —

The third chart shows the volatility measurement for the last twelve months. Last month, volatility decreased and now almost back in Quiet. 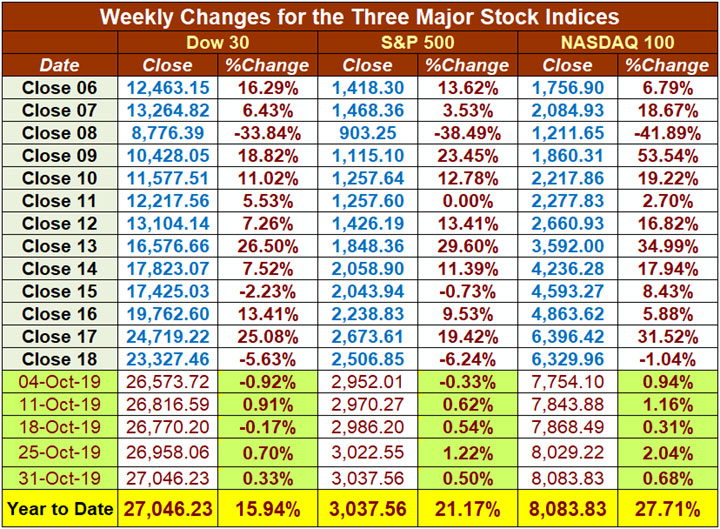 The four components of the model were balanced again in September – 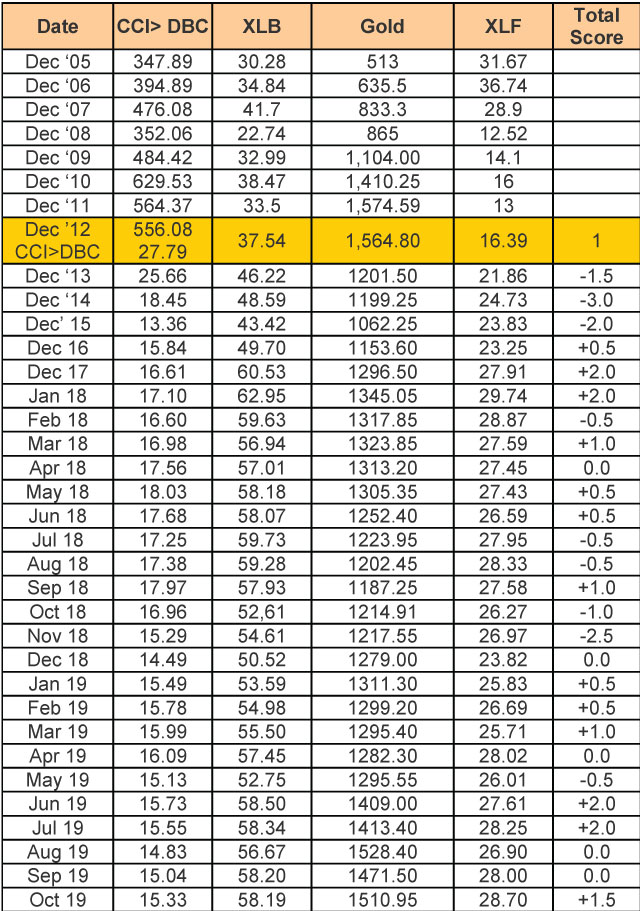 The inflation/deflation model turned to inflation with the June and July readings of +2.0. Two big inflation months in a row were followed by two months with scores of 0. The model showed inflation again in October.

The Fed just lowered interest rates for a third time — a good sign for the stock market ahead but we also have an inverted yield curve — a predictor of a recession beginning sometime next year.

The Pound Sterling is now at 1.2923. The UK’s new prime minister, Boris Johnson, is a little like Trump in that he wants to absolutely force his agenda – in this case, that BREXIT go through on October 31st. That didn’t happen so Johnson has called for a new election as a referendum on BREXIT. Johnson is unpopular. While I was in London for our workshops last month, I actually saw someone wearing a t-shirt the said “F**K BORIS.” I haven’t seen this in the US for Trump but then again I don’t watch the news and I don’t live in a state like California where Trump is so hated.

As I have said, trade wars are not pretty and we are living through a big one – one which may continue for the foreseeable future.

In addition, gold is up for the year and so is BTC. BTC is up 200% for 2019 but has been in a trading range for the last few months. Bitcoin gave a sell signal for all of our cryptoasset systems in September but could easily produce a buy signal this month.