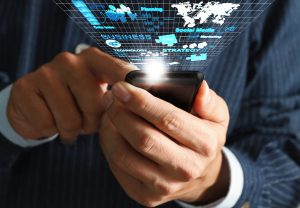 A trading system can be characterized as a distribution of the R-multiples it generates. Expectancy is simply the mean, or average, R-multiple generated.

But what does that mean, exactly?

A Brief Overview of Risk and R-Multiples

If you’ve read any of Dr. Tharp’s books, you know by now that it is much more efficient to think of the profits and losses of your trades as a ratio of the initial risk taken (R).

Let’s just go over it again briefly, though:

So how do you determine the potential risk on a trade? Well, at the time you enter any trade, you should pre-determine some point at which you’ll get out of the trade to preserve your capital. That exit point is the risk you have in the trade, or your expected loss. For example, if you buy a $40 stock and decide to get out if it falls to $30, then your risk is $10.

Well, perhaps you didn’t keep your word about taking a $1000 loss and failed to exit when you should have. Perhaps the market gapped down against you. Losses bigger than 1R happen all the time. Your goal as a trader (or as an investor) is to keep your losses at 1R or less. Warren Buffet, known to many as the world’s most successful investor, says the number one rule of investing is to not lose money. But that’s not particularly helpful advice for those who are trying to create a meaningful risk framework for their trading. After all, even Warren Buffet experiences losses. A much better version of his rule would be, “keep your losses to 1R or less.”

Tying it All Together

So what does all of this have to do with expectancy? Simple: the mean (the average value of a set of numbers) of a system’s R-multiple distribution equals the system’s expectancy.

“At the heart of all trading is the simplest of all concepts—that the bottom-line results must show a positive mathematical expectation in order for the trading method to be profitable.”—Chuck Branscomb

So when you have a distribution of trades to analyze, you can look at the profit or loss generated by each trade in terms of R (how much was profit and loss based on your initial risk) and determine whether the system is a profitable system.

Let’s look at an example:

This “system” has an expectancy of 2R, which means that, over the long term, you can “expect” it to make two times what you risk, based on the available data.

Please note that you can only get a good idea of your system’s expectancy when you have a minimum of thirty trades to analyze. In order to really get a clear picture of the system’s expectancy, you should actually have somewhere between 100 and 200.

We’ll end our definition of expectancy here because it’s a subject that can become much more complex.

Van Tharp has written extensively on this topic; it’s one of the core concepts that he teaches. As you become more and more familiar with R-Multiples, position sizing and system development, expectancy will become much easier to understand.

To safely master the art of trading or investing, it’s best to learn and understand all of this material. It may seem complex at times, but we encourage you to persevere. When you truly grasp it and work toward mastering it, you will catapult your chances of real success in the markets.

The best place to learn more about this topic:

How do you decide how much you should risk on your next trade?

Risk too much and you could blow up your account. Risk too little and a big win won’t even pay for your dinner.