Last week, Bitcoin eclipsed its all-time high price briefly and was up 177% for the year. The previous record high price was from back in December 2017 during the height of the first Bitcoin rally – and just before the huge crash in 2018.

Unlike 2017’s peak, however, I don’t see a high probability of Bitcoin crashing from its current height. In fact, there are multiple fundamental and technical reasons why Bitcoin is going to keep powering higher and why there is still an opportunity to profit at these lofty levels.

But first, let me answer an obvious question – why am I writing about Bitcoin when Van will write his crypto update for next week’s newsletter? Let me state outright that I think Van’s crypto review is the most comprehensive – and more importantly – the most useful analysis that I read. Every once in a while, I see something crop up from the technical charting or other perspectives that I think could be additive to his analysis – as has happened in the last few weeks.

In 2017 and 2018, Bitcoin and cryptocurrencies were struggling for broader acceptance, and their price movements were powered mostly by the “crypto faithful.” These were the people convinced, rightly or wrongly, that cryptocurrencies would become the widely accepted alternative to traditional currency eventually. There were plenty of reasons why they were on the right track: cryptocurrency is decentralized, much more difficult to forge, easier to transfer, and some cryptocurrencies, including Bitcoin, have built-in safeguards against inflation.

The crypto faithful bought into that ethos and over time, many ordinary investors have bought into it as well. Bitcoin’s first pricing peak happened after the Chicago Mercantile Exchange started a market for a Bitcoin futures contract in December of 2017. There are many theories – conspiracy-oriented and otherwise on Bitcoin’s crash in 2018, but for brevity’s sake, we won’t rehash those. Suffice it to say that broader interest and backing was needed to bring Bitcoin back up from those 2018 lows.

Clearly, cryptocurrencies have gained a lot of respectability since 2017. With the regulatory and legal haze surrounding cryptocurrencies clearing, it’s no wonder the most well-known cryptocurrencies, such as Bitcoin, are soaring, especially when you consider the next catalyst.

Big Finance is Moving In

Just two weeks ago, another large Wall Street fund decided to get in on the Bitcoin rally. Guggenheim Partners filed a document with the SEC stating that one of its funds could invest up to 10% of its value into Grayscale Bitcoin Trust (GBTC), an exchange-traded fund (ETF) that invests in Bitcoin. Guggenheim is no bit player. The firm manages about $270 billion in investments and has owned all or part of assets ranging from the company that organizes the Golden Globe Awards to the Los Angeles Sparks WNBA team. 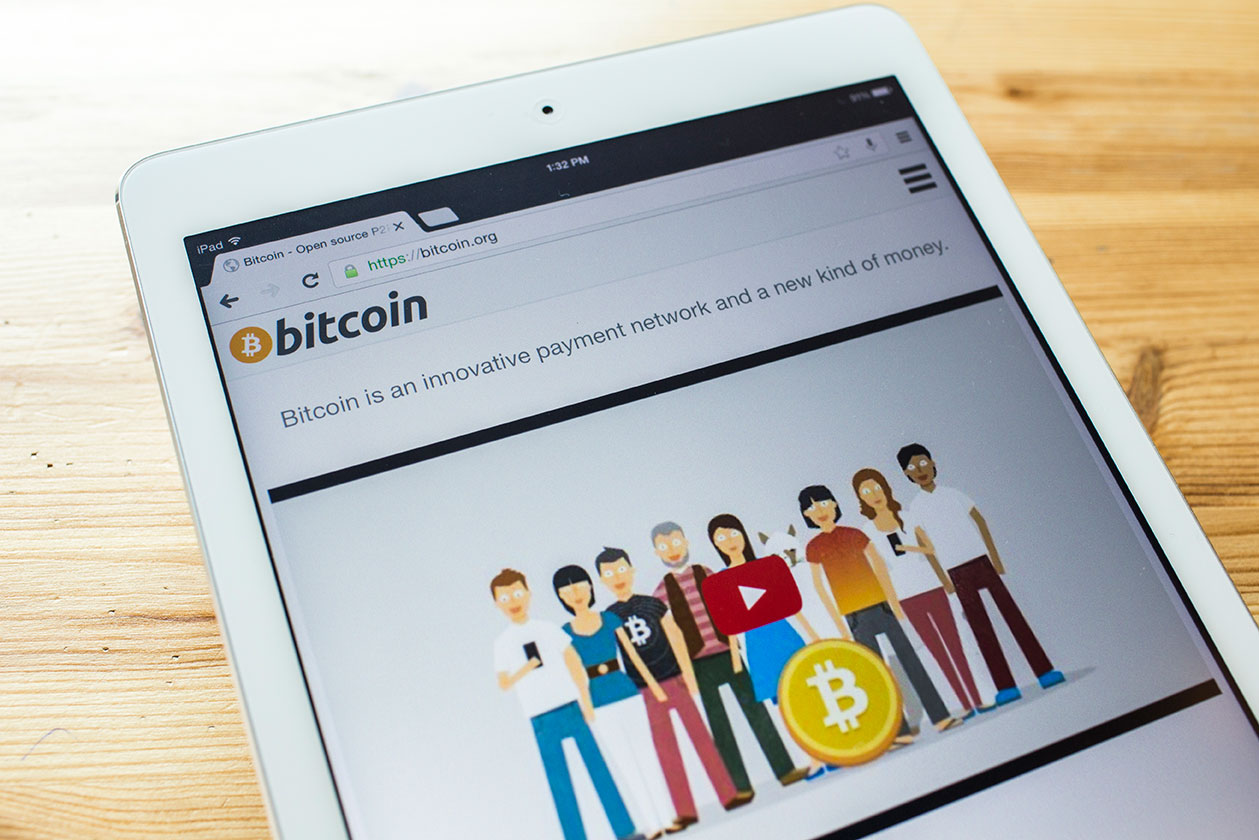 Back in October, PayPal Holdings Inc. (PYPL) began allowing its customers to use their PayPal accounts to trade Bitcoin directly. Not only was that a big vote of confidence that Bitcoin has matured, but it also added lots of new traders to the Bitcoin world.

As we’ve seen in the price of Bitcoin, clearer regulations have helped. But another factor pulling Wall Street to Bitcoin is the pressure to find yield.

Dearth of High Return Investment Alternatives for Piles of Cash

In response to the Covid pandemic and recession, the Federal Reserve has announced a “lower-for-longer” interest rate policy. Rather than raising rates as soon as the economy recovers enough to start driving inflation up to the 2% goal, the Fed will now allow inflation to overshoot that goal, hoping to push down unemployment numbers.

That means we could be in for a whole lot of inflation over the next couple of years. Especially when you combine the Fed’s new policy with the trillions of dollars of QE and stimulus that’s been created out of thin air this year. Further, Biden announced that Janet Yellen is his pick for Treasury Secretary. During her stint as the head of the Fed, Chair Yellen wasn’t shy in using QE to support the economy and the markets and was a well-known monetary policy “dove.” In her new role at the Treasury, she could do a lot to keep the stimulus flowing, which would add even more inflationary pressures.

Plus there’s all that cash that has been generated by the coronavirus stimulus which is still on the sidelines. My favorite indication of how much cash comes from the St. Louis Fed database:

Sure, a lot of that money is flowing into the stock market and helping it hit new all-time highs – but plenty is flowing into Bitcoin too. There’s a lot more savings account money to move into assets with better growth potential.

If conditions continue to be favorable, Bitcoin has a technical setup on the chart that shows the king of cryptocurrencies has a lot more upside: 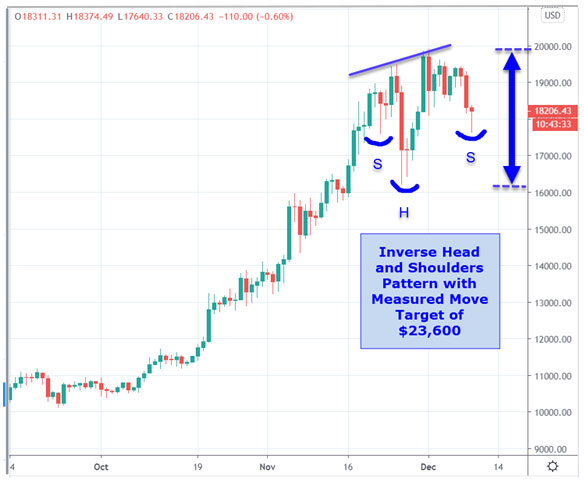 This daily chart shows not only the wild swings that Bitcoin has had lately but also the huge upside that still exists. Any pullback between $18,500 and $18,000 provides a serviceable entry point.

Not to worry – Van’s cryptoasset update will be out next week but in the meantime, the technicals may have given us some good guidance for the next potential upleg.

As always, I love to hear your thoughts and comments. Send them to me via email: drbarton ”at” vantharp “dot” com.