A month ago, I wrote about inflation concerns that had pushed the markets down to key support levels in an article entitled “Is Inflation Transitory and Can the S&P 500 Hold the Line?”

Here is the original “hold the line” chart:

And now we have the answer to that question:

The line held, coinciding directly with the reduction in inflation fears. Today I’m going to run you through a “chart-heavy” look at some inflationary forces and make the case that market participants are betting, for the near to intermediate-term, that inflation is of a more transitory nature.

First, we have a chart showing categories within the Consumer Price Index (CPI) that have been driving higher: 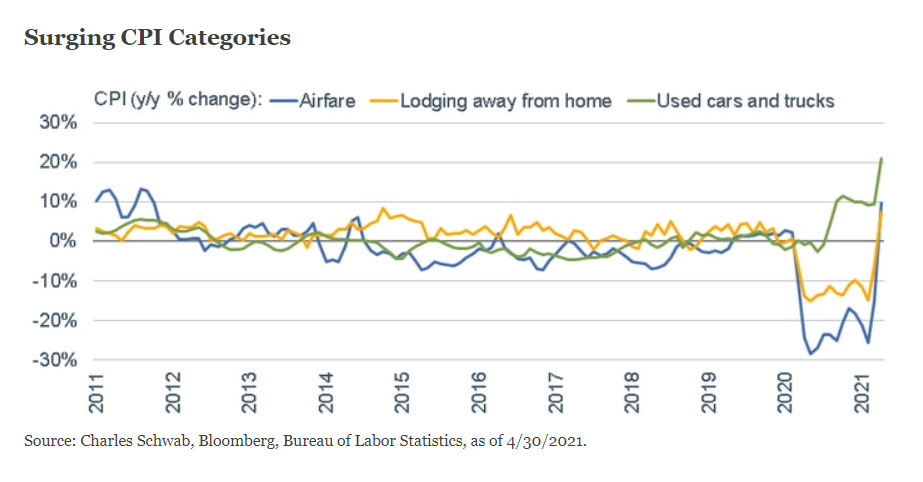 These categories have been written about all over the place, as auto production lines have been slowed, or shut, due to a semiconductor shortage. This has made used car prices soar. And as I wrote to you back in May, it is clear that not only travel prices have been soaring, but pent-up demand has pushed up costs for travel across the board.

But not all prices are taking off. Here are some categories that have remained relatively benign. Note that the scale here is almost an order of magnitude smaller than the one above:

Again, no real surprises here except that home furnishings have remained stable. I went to the local LA-Z-BOY showroom and every custom piece had a nine-month backlog (not a typo). Apparently, home furnishers have held the line on pricing in the face of demand.

Next, it’s pretty clear that wage inflation has landed (whether it is “transitory” remains to be seen…). Along with that, wage inflation is a current reason for the jump up, with too many jobs facing too few “willing” workers: 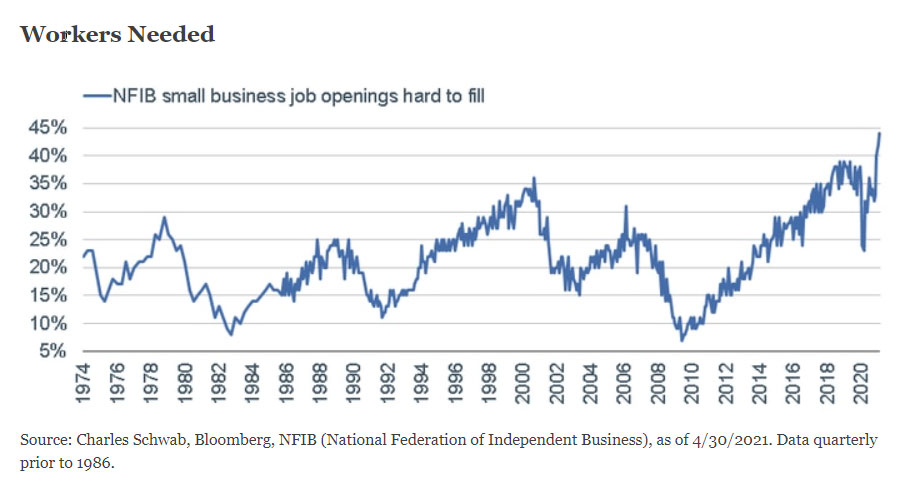 With federal unemployment benefits set to end in September (and many states already voting to refuse to accept it), this is one area that could easily fall back. But the near-term ramifications are clear in the chart below. Once again take a look at the scale. Those are some big price jumps: 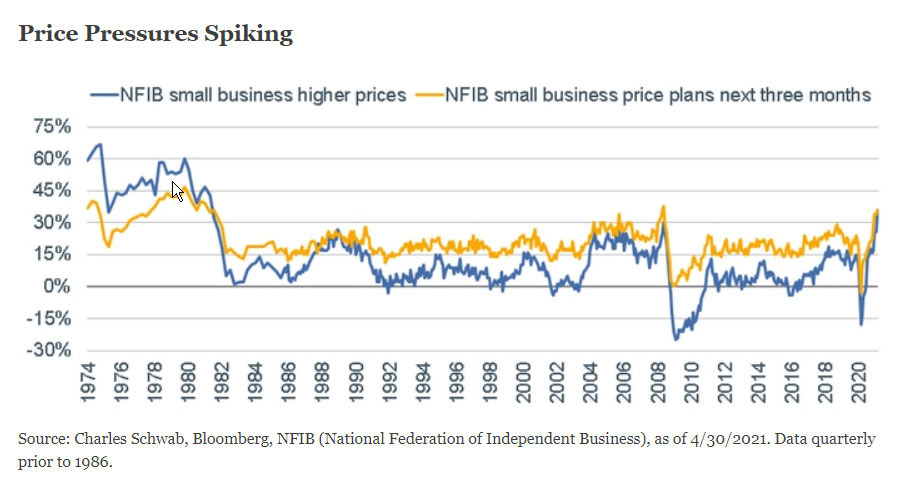 The extent that fiscal stimulus (money directly from Congress to peoples’ pockets) has influenced the current inflationary moves is significant. Here’s how big a deal it has been: 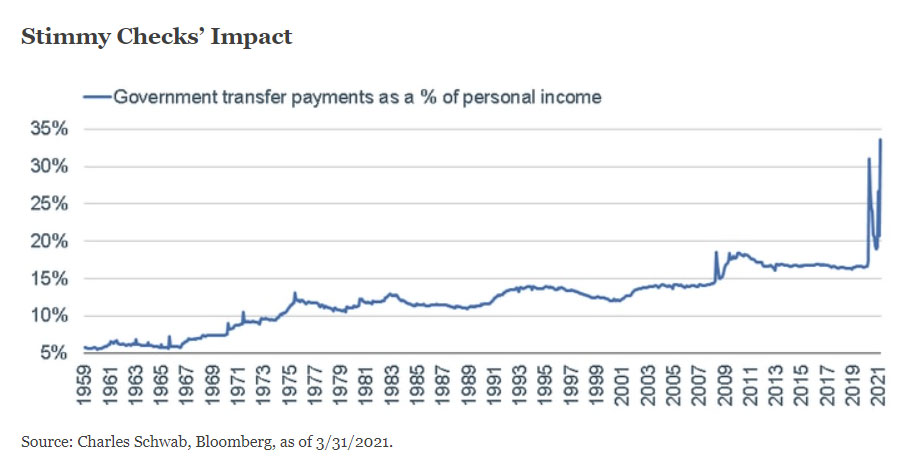 The scale is again important, and massive. The spikes are impressive, and probably over. This should have a major damping effect on inflation in the second half of 2021.

And finally, the idea that inflation is slowing shows up in the 10-Year Treasury yield rate:

For now, traders and investors who reflect their inflationary thoughts in bond prices are showing us that near-term concern is waning.

I believe that we are in for an inflationary super-cycle, but that we’re not on the steep upslope just yet.

I always enjoy hearing your thoughts and comments. What are the signposts that you’re watching for inflation to move from transitory to persistent? Please send me your thoughts using drbarton “at” vantharp.com