Growing up in the Blue Ridge mountains of the southwestern part of Virginia, I had daily opportunities to interact with nature. I particularly loved animals. In addition to our beloved family dog, I had many pets growing up. We raised an American Robin chick when the branch holding its nest broke and the mom would not return to raise the chicks. I had lizards, several varieties of snakes, native and tropical fish (including piranhas), mice, and the list goes on.

So my parents weren’t surprised when early in my high school days I said I wanted to become a zoologist. While that career aspiration gave way to the much more practical (and challenging) field of chemical engineering, my love for animals has never faded. I still visit zoos and aquariums in almost every new city I visit.

I watched with great interest a few years back when the Smithsonian Institute announced that the world’s newest mammal had been discovered. It looks something like a cross between a plump weasel and a small bear — but it is neither. The olinguito (Bassaricyon neblina) is in the raccoon family and the Smithsonian stated it was the first carnivore discovered in the Americas in the last 35 years. It lives high in the tree canopy of the Andes mountains of Columbia and Ecuador. The forests are at such a high elevation they’re called “cloud forests”.

I’m sure you’re dying at this picture of this little nocturnal wonder: 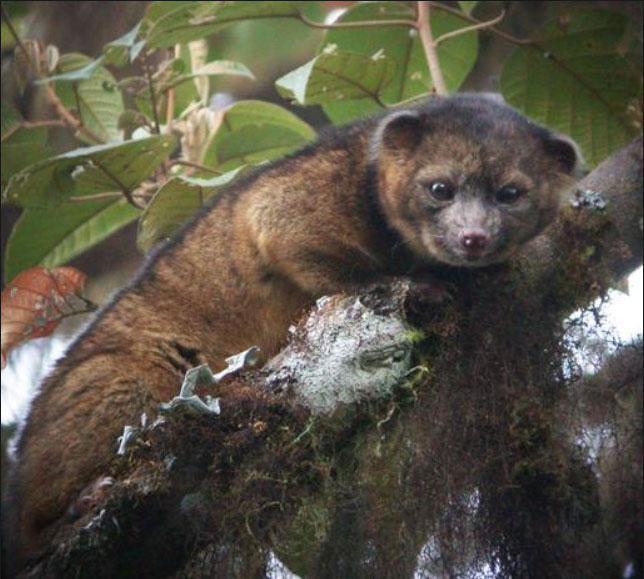 Much like the olinguito which is neither weasel nor bear, Bitcoin seems to be acting like neither stocks, gold, currencies nor any other asset class out there. Bitcoin (a proxy for all cryptoassets) looks to be its own asset class.

To see visually and understand mathematically why the formation of this new asset class is a logical and accurate conclusion, let’s pull out a tool that we talked about a couple of weeks ago — correlation.

Correlation Between Bitcoin and Other Assets

Two things are correlated if they move in the same direction at the same time. This is the case almost all the time for the S&P 500 index and the Nasdaq index. They both tend to move up and down at the same time though one might move more in a direction for any given timeframe. Here’s a chart from the earlier article which I just updated. 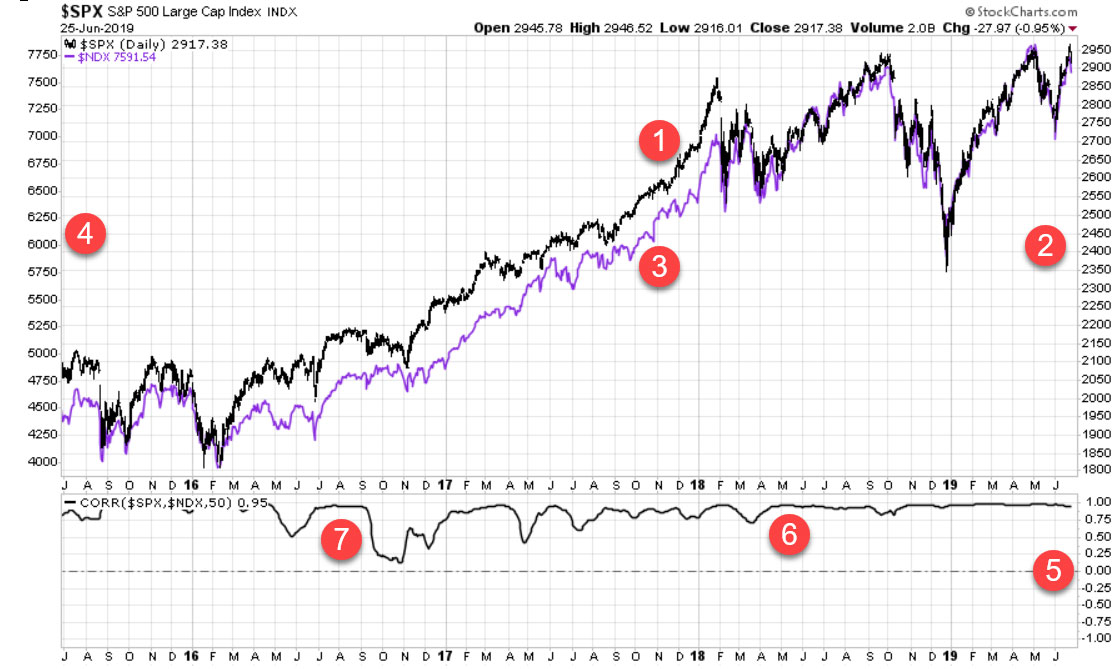 This style of chart offers lots of useful information including an easy to see correlation of the price level for the two indexes. I inserted some numbered red circles to help explain a few important aspects of the chart —

Let’s look at that same chart type showing the correlation between the S&P 500 (dark line) and Bitcoin (purple line): 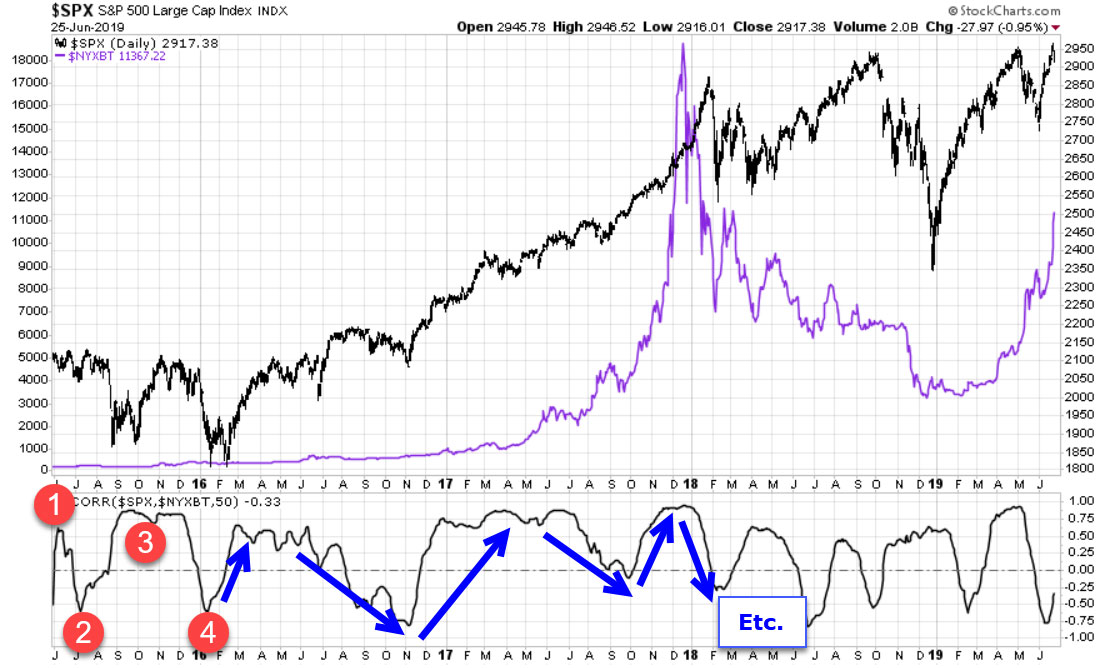 The blue arrows show the bouncing between modest correlation and modest inverse correlation for the rest of the chart. By my count, they’ve rocked back and forth 18 times in the last four years. That is exactly what non-correlated or uncorrelated asset classes do!

How about when we compare Bitcoin to gold? 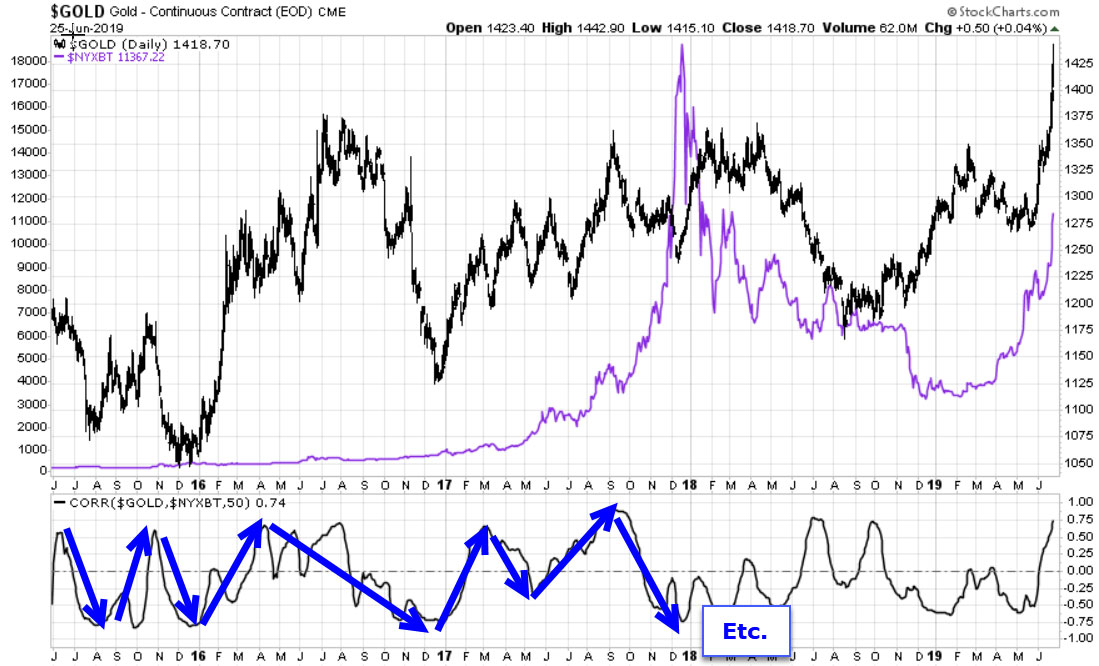 Basically, it’s the same deal — up, down, up, down… But because for the past month or so, both have been moving up, pundits are starting to ask if Bitcoin is a flight to safety asset like gold. P-P-P-lease… this chart should dispel those misguided opinions.

How about Bitcoin compared with Oil? 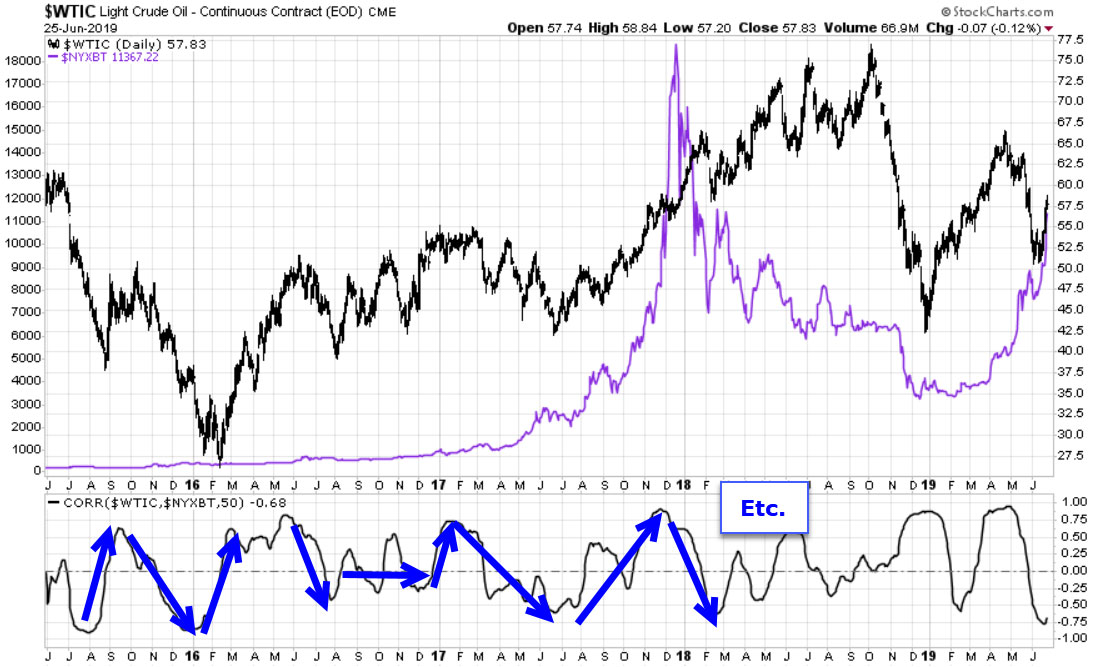 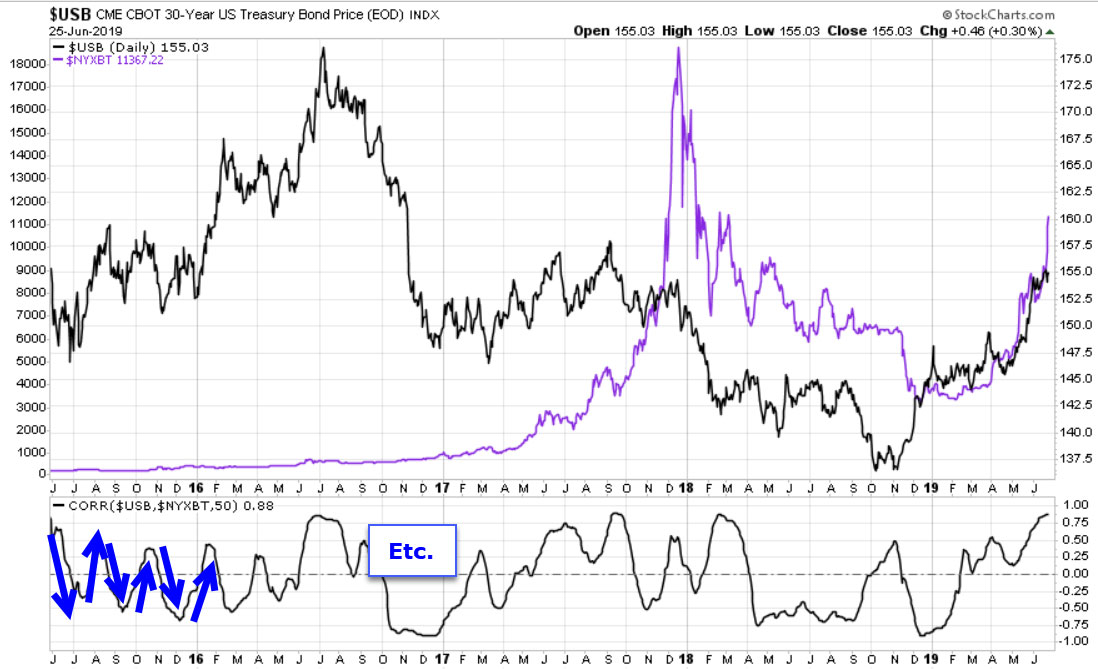 Nope — probably less correlation than with anything else so far. 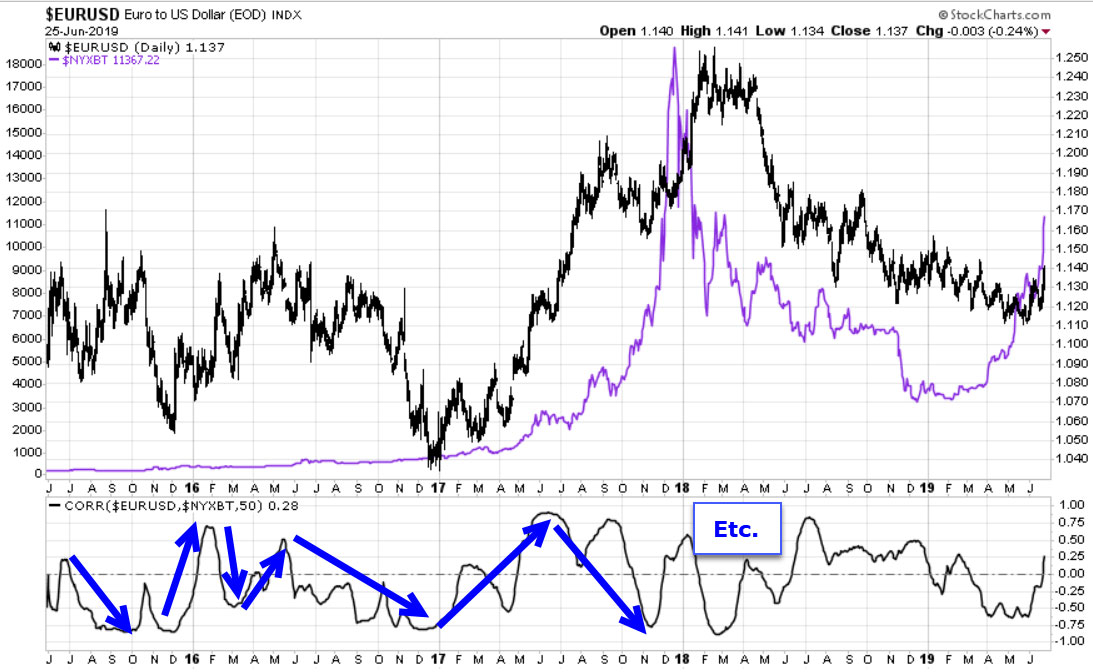 It’s one more comparison but it looks like the others. If anything, Bitcoin and the Euro show more inversely correlated time compared than the other assets.

So Bitcoin really looks to be uncorrelated with other traditional asset classes. Based on its independent price movements compared to other assets, I feel very comfortable saying that it is its own asset class.

Should someone call the Smithsonian?

As always, I love to hear your feedback! Please email your thoughts to me at drbarton “at” vantharp.com about the article and/or whether you think Bitcoin/cryptos constitute a new asset class.