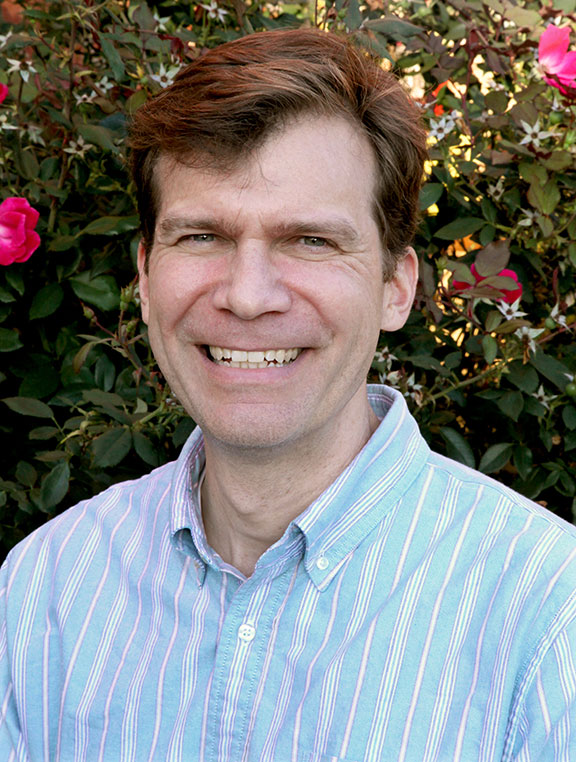 At the end of June, the only green field in the World Market Model was the US Dollar and most of the tables below were red. The end of July has the same single green symbol (UUP) in the model, however, red no longer dominates the tables. Now we see quite a bit of brown and yellow. That’s not healthy yet, but at least better than June. 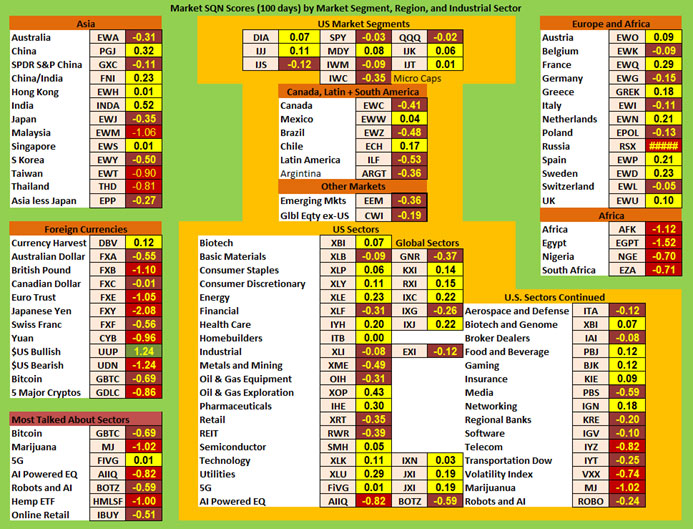 Let’s take a stroll around the model.

Meanwhile, commodities had lots of shifting among the individual Market SQN scores but the overall mix of colors is pretty similar to last month. The only change was which ETFs were red. 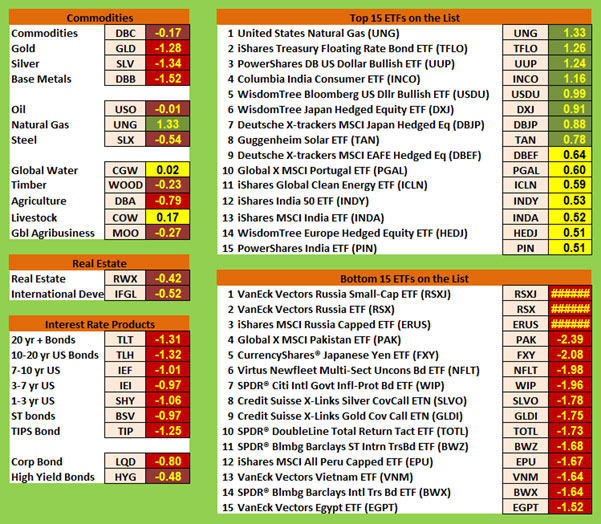 Real Estate and bonds are both still negative – though less negative than in June.

As weak as last month’s top 15 list was, this month’s list is even weaker. There’s not one dark green symbol in the database and almost half of the top list is yellow. Other than two ETFs related to the USD, the list has a pretty diverse mix of fund areas.

In contrast, the bottom 15 list is stronger than last month. Ignoring the Russia-related symbols, the rest of the list’s scores are less negative than last month. Quite the diversity here too exists on this list. (One of my brokers had a constant message recently on the dashboard page about trading Russia-related symbols so I’m guessing trading was halted as part of the sanctions for invading Ukraine. We may remove these symbols from the database.)

While the database is still quite bearish, it’s not nearly as bearish as June. Last month, 89% of the database had bearish scores but this month, that figure has dropped to 72%. Where did all of those symbols move? Into the neutral zone.

What are some of the primary factors affecting the big picture right now?

Besides these “macro” factors is the 200-ton blue whale in the room which receives so little attention—Big Debt. To use a popular word these days, the global debt load is unsustainable, especially with the specter of rising rates. We’ll leave the topic alone for the time being – it’s not going anywhere – and pick it up in another update.

Equities hit a low in mid-June and rose through July. The Market SQN scores for the different periods reflect this shift with the shortest-term measure even registering a Bull score:

You can see the low in mid-June and the recovery in the following weeks on the S&P weekly chart.

You can also see the Market SQN coming out of Strong Bear into Bear and almost getting to the Neutral (sideways) zone.

Volatility peaked in mid-May and has been declining since then. It’s almost in the Normal zone now.

All four major US equity indices cut their losses in July year to date for 2022. To get back to the levels where they began the year, they will have to gain between 10% and 26% from here. 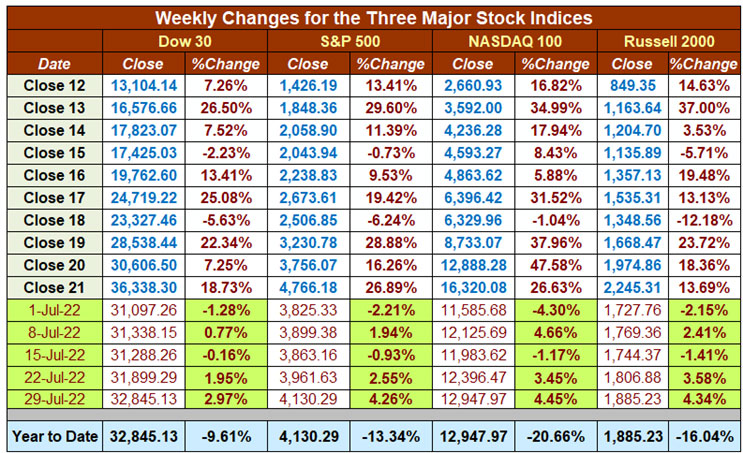 The model had an “interesting” result for the second month in a row.

July is the second month of mild deflation after many months of strong inflation scores. The model uses a six-month period in which commodities are off of their peak from last month, basic materials have been declining, gold is down, Bitcoin is down and financials are down. Those six-month inputs mean that deflationary forces are slightly stronger than the inflationary forces right now. Meanwhile, government inflation statistics are up quite dramatically – though the objectives and methodologies are entirely different.

How inflation shows up and how it affects you as a consumer may be quite different than how inflation affects your big picture process or your trading. Do you have defined objectives and methodologies for measuring inflation?

USD broke through resistance at 105 with conviction in early July, headed higher, and then retreated five percent.

Question: How can the USD index be at a two-decade high while inflation is at a four-decade high? Is it a paradox that the relative value of the USD is increasing while the absolute value is declining (via inflation)? The Euro makes up more than half of the USD Index and understanding the structural challenges for the currency (actually the EU) helps explain some of the difference. In addition, expected inflation rates and growth rates for the component currencies versus the US play into the USD index level.

World markets look weak – though not as weak as they did in June.

The US equity markets have shifted from very bearish to just bearish in July.

Can the “buy the dip” crowd plow in for another good run?

Could the bear market resume shortly with deeper lows coming up?

What if it stays sideways in a range for the foreseeable future?

Up, down, or sideways? We can be sure one of those will happen but we don’t know which one or when. Further, we don’t predict. Prediction is a poor strategy for successful trading over the long run.

A much better strategy would be to monitor and trade the current market type while preparing for the next market type shift.

In addition to the market scenarios above, here are a few possible big-picture scenarios:

Each scenario has an inverse and you can probably come up with another dozen big picture scenarios. How would these events affect the market(s) that you trade – if they would affect it?

If you are an analyst or love macro scenarios, this kind of thinking can take up a good deal of your time. If you are a trader, however, your big picture process is a highly useful part of your business alone but it has its place along with activities like refining current systems, developing new systems, executing trades, etc.

The two relevant big picture questions to consider are:

A shift in equities to sideways normal would not be surprising to read about in next month’s update. We’ll see in early September if August turns out to be surprising or not.

P.S. With Bear and Sideways markets there is opportunity. Check out one of our home study workshops designed just for Trading in a Bear Market and Trading in a Sideways Market.